Impressions of two versions of a life and "brain drain" 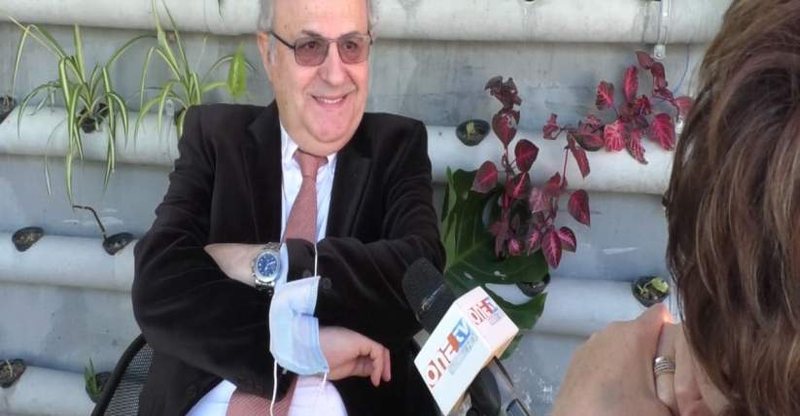 The epilogue of an intense career in this retro reflection with a diverse optics in addition to the impressive impact can also have a "didactic" effect, especially today, in the Covidian era (where the strategy in an unknown reality undergoes "unpredictable oscillations", in confrontation with surprises a “biogenetic war” or “evasive life”), with the dominance of “brain drain” performance. You cannot analyze a phenomenon without living it in its complexity. When you do not perceive both sides of an issue you can not have the right conception. You can also create impressions when you remain "temporarily silent" and express them at the right moment, without retouches, flavored by personal experience (alluding to precovidian life). The title "impressions in two lives" might be more accurate, but here you are in conflict with Confucius' philosophical aphorism: " I left my homeland for a postgraduate qualification. This would not be merely a refresh, but rather a "restart", with the enthusiasm and curiosity to experience a new progressive, professional alternative with numerous opportunities and high standard of living. Abandon with pain "a version of life" multiplying them all by zero, in confrontation with an equation with many unknowns, where the only known and only "asset" is personal validity, in a moral and professional integrity. What is exteriorized in these moments is the invisible "reflection of the internet", while the verdict "penalizes the exaggerated sentiment". Being one of the first characters of this drama, despite the beneficial professional and scientific career it is difficult to erase some main things from memory… It is not at all easy to get acquainted with a new mentality, to adapt to the demands and the new rhythm of life, which requires "to be capable , smart and substantial ". You need to integrate into the cloud without "alternating" on a survival mission, focusing on your options. Keep in mind that no one will accept you if you do not meet the stated criteria. "Brain drain" really is something incredible, the image of a "progressive discover" that can change lives, but not without cost… Which simultaneously affects the birthplace, in a "vicious circle". Especially today in the Covidian scene where the doctor has taken the form of the "savior angel", he is problematic. The parallel existence of the "brain drain" with Covid aggravates the "support" of the latter by creating conflicts of interest in medical strategy. The "brain drain" phenomenon, which has already taken on pandemic proportions by establishing its status, is associated with the "export" of the intellectual elite (especially the medical staff) has not yet found a solution. Although conditions in many developing countries are changing in a positive sense and intellectual treatment has neoteric appreciation. The most useful, promotional strategy would be the perfection of the professional level of doctors and the possibilities of "integral scientific qualification", with high efficiency in order to reduce the brain drain flow, but also by encouraging and stimulating individuals with excellent skills such as both inside and outside the country. "Brain drain" in the context of Covid is not an anecdote, but a risk with bilateral impact! Implementing "motivational management" remains the "golden key" to prevent it. I have no objections or reservations about qualifications everywhere, in the most prestigious clinics… on the contrary, I look at them with empathy. But the "brain drain" should not be permanent, it should be accompanied by his rivers, "brain gain" and influx in the homeland. "Brain gain" should not remain a romantic dream even as a spiritual alchemy. too to others remains imperative, the most qualified transmission of the next generation of scientific education, and the human mission is a bond! ! One version of life is simply to live, the second version is to give your life "content"… From my experience…, I left one version of life "more dramatic" for another version "more poetic", one version "formal" for a "genuin" version, a "symbiotic" version for another "independent" or a "dictatorial" version for a "democratic" version (do not delude yourself on the democracy of Cleisthenes, its originator, hard to find). Every social order has its consensus, with the positives and the negatives. None is ideal. Save the ideal in your fantasy! It will remain in the realm of utopia. The epilogue of a life version identified the prologue motivation of a new version of life, unknown but necessary! Life is like a "game", where there are rules to follow, goals to achieve and "challenges to transcend". Rejection of "