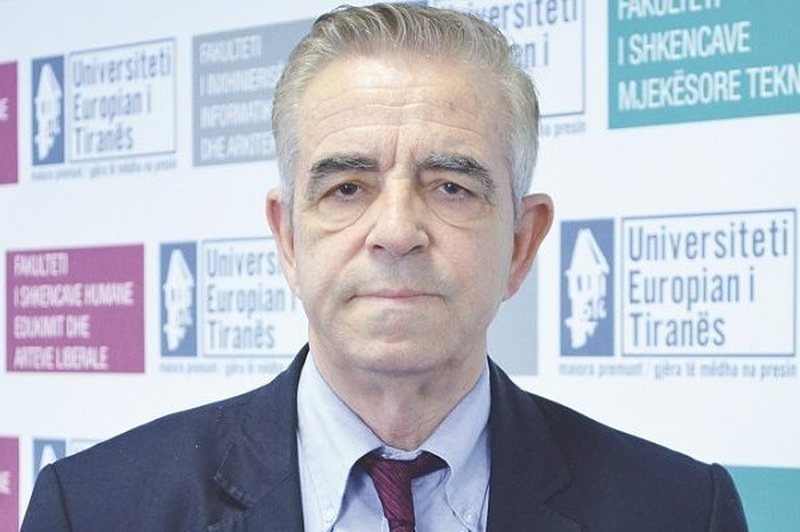 The phenomenon of the departure of the population is a well-known phenomenon in Western Democratic Systems, especially in the field of Globalism and the international labor market. It is known that emigration has several essential causes and these are: Small salaries in Albania, important are the low salaries in private agendas, which forces people to seek work in the administration, police, guards; The public health care service system is severely damaged, corrupt and profiteering, so a health reform is required in the public health system; The agro-livestock system was severely damaged without the inherent reforms, the lack of pre-contracts for the sale of agricultural-livestock production; The lack in the municipal budgets of a specific financial fund for the specialists who are looking for and the lack of favorable contracts for the specialists; The damage from the Meritocracy Policy and the professional chain who were supposed to run the superstructure, but instead the militants, friends, amateurs, are running the local and central government; Absence of a law for advisers to ministers, local government who must be professionals in the relevant field; Lack of desire to work menial jobs in the country, but immigrants do these jobs abroad; Lack of GDP growth and Reforms for Health, Education and Agriculture. The problem in Albania is that the divided Opposition is using a 32-year-old phenomenon to accuse the current government in front of Western Europeans. These accusations amplified by some analysts totally captured and paid by two persons non grata who lead two opposition parties, they seek to bill the 32-year-old emigration as a failure of left-wing policies. These objectives of the divided opposition are certainly a way to exonerate themselves and to create an argument to convince Albanians that the 32-year-old situation is not their fault, and the second objective of the two non-women is raising a cloud of instability in Albania using all their financial and human resources, as well as mainly through the media to make everyone unhappy. The purpose is clear to those who know the reality; save themselves from the legal violations they have committed over the years. It is no coincidence that the USA AND England have made a former communist and former security operative who has led Albania and the opposition for 32 years in various positions without the knowledge of the Albanians (by order of Ramiz Ali) a non-woman. caused a lot of damage in Albania. The last objective that this man has set himself together with the other non-grata (non-grata given by Albanian opinion), is to protest on December 6, the day of the meeting with the President of the EU and other EC representatives, in order to tell them that ``the people love me''. The second objective is the pressure you want to put on the Court of Appeal, which on December 6 will give a decision on which of the leaders of the divided Opposition will be given the legal right to lead the Democratic Party. To clarify the immigration situation, I am providing some INSTAT data that show that immigration has been constant for 32 years. Currently, the population in Albania is 2,793,592 inhabitants - January 1, 2022, the employment rate is 55.1% April 2022. 2011-2019, 13% of the population or over 360 thousand people emigrated. Tirana, with the largest emigration of families, while Shkodra, Fieri, Durrësi. Immigration experienced a decrease during the years 1992-1996. The reason was attributed to the improvement of political stability and the socio-economic situation. At the end of 1996, the number of Albanian citizens living abroad reached 350,000. About 150 thousand Albanians emigrated after the fall of the pyramids during the years 1997-1998. According to the population census carried out by ISTAT, in 2001 the Albanian population is 3.07 million inhabitants and, if there was no migration, this figure would be 3.78 million. The difference between these two figures is the approximate number of immigrants, i.e. 710,000 people, of which 390,000 are men and 320,000 are women. In 2003, according to the European Commission's Annual Report on Migration, Asylum and Return Statistics, 434,810 Albanian citizens lived and worked in Greece. In 2006, according to ISTAT and the Italian Office of Statistics, 348,813 Albanian citizens lived and worked in Italy. In 2005, according to the General Census, 113,661 Albanian citizens lived and worked in the USA. In 2005, 50,000 Albanian citizens lived and worked in the United Kingdom, according to the sources of the Ministry of Foreign Affairs and Trade. In 2001, according to the General Census, 14,935 Albanian citizens lived and worked in Canada. In 2002, according to the Federal Statistics Office, 11,630 Albanian citizens lived and worked in Germany (Total, there are 1.7 million Albanian immigrants and about 60% are young men and women). Absolutely negative and malignant are the analyzes and comments of the media paid by the two non-women, who have systematically raised the level of untruths and to create dissatisfaction and confusion, especially among young people, indirectly encourage emigration by insulting and blackening Albania, in while Albania has made good progress despite the natural disasters of the 2019 earthquake, the pandemic, and problems from the war in Ukraine. Attempts by the two non-grattas, to damage the image of Albania in order to save themselves by applying the infamous principle ``The End Justifies the Mean'' has created not only a bad image and unsafe environment for young Albanians who try to escape, but also a disgust and contempt among the Albanian people for these two quixotic figures with a peasant mentality who have fallen to Albanian politics. Currently, this government and future governments have to do a lot of work to improve the situation and the situation can be improved in cooperation with a constructive Opposition that has ideas, projects and plans to improve the situation and reduce immigration. This is being prevented by the two non-women holding the Albanian opposition hostage.

He had to turn the world back. You had a belly the size of a bin

and it was hard to hold him. Your head was completely empty.