Leadership that does some things and says others... 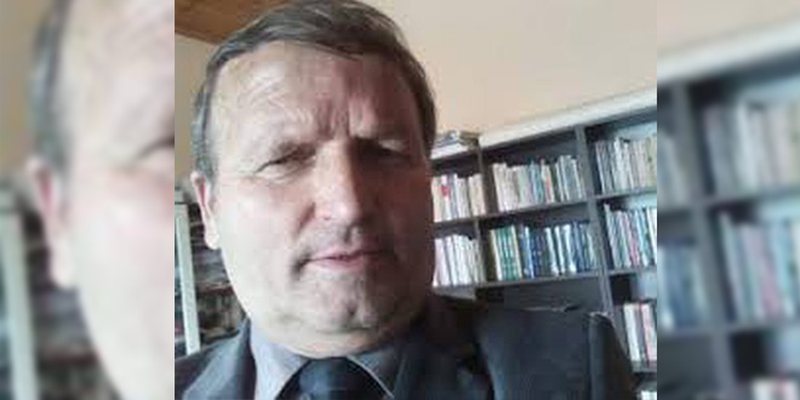 It was a heated debate between the moderator Rakipi at MCN and the leader of the re-establishment of the DP. The moderator called wolf, while the leader tried to show him the tracks. The two candidates of the primary in Kamze denounced the deformed process of December 4, which was not simply related to some technical irregularities, but a fundamental violation of the process because it was irregular from the very beginning. The presentation of the lists, the respect of the statute that had to do with the time limit of their closure, the erasure of the names of the voters of the membership and up to the ballot box. The candidates argued with facts that in the voting center of their neighborhood, they had won 19, 60, votes each, while the candidate (party leader) got 400 votes. It was unfortunate that these candidates were not even voted for by their families. To this factual paradox, he tried to the leader turned a blind eye by ignoring, with the only argument that the candidates were his friends, as if to let them understand that they should be tolerant, to turn a deaf ear and a blind eye, within their family, giving them let them understand that these were internal issues of the party, so they should address their complaints in the sections. Are you saying that it is not these leaders who raise their voice to the sky, for the left which does not vote, labeling its leadership as an enemy of free vote and an autocrat. It is not understood where the freedom of voting lies in these great leaders who even in the primaries allow the vote to be stolen and distorted, let alone expect free and honest voting in the local or parliamentary elections. Kamza testified with image and voice, the two standards that the leadership of the re-establishment follows and how fake are its voices when it talks about stealing votes or stealing the majority in its entirety. The primaries also proved a farce of the leadership, when he talks about the violation of sovereignty, when he openly, for the narrow interests of his political struggle, leaves the minority or national minorities out of the primaries, deforming the system or, worse, causing consequences for the national issue. Surprisingly, the leader who in the pulpit raises his voice for stealing votes from the majority, in the parliamentary elections, and they will bring the institution of the vote, giving the signal through the primaries, exactly where it is experimented for the first time, manipulation of votes and violations of the rules are done of the game as to prove that ; one thing they do and one thing they say. An evil that not only does not correct the abuses of the vote, but being a novelty brought in for the first time, it suffers mutilations, giving the worst possible model. Instead of returning the vote to an inviolable institution and where it has not been experimented with, such as the primaries, it sows the seeds of evil. To make matters worse, (those who talk for an hour and a second about the majority patronageists), with the lists filled with candidates until the last day of voting, they approach nothing but a few patronageists in the days of the primaries. Perhaps these leaders were the time has come to sing the song "You do other things, you say other things". The withdrawal of the Tirana candidate, in the middle of the race and the compromise with the runoff candidate (who is obviously superior in votes) and his appointment from the podium as vice mayor in case of victory by the other contestant, is this not an autocracy of the candidate, when was the mountain captured by the winner of the mayor of Tirana?! Talk all day and night about the autocracy of the majority, when they themselves are promoted by the leader still in the letters of the candidate for president, a sign of an autocracy, that tomorrow they can turn him into a dangerous autocrat for the capital. As I listened to the MCN being replicated among the panellists, the leader, the candidates who did not give up on their principles in the establishment of trampled justice, I couldn't help but hear the song; You do others and you say others. With whom I was not separated even as I followed the speech of the leadership from the pulpit of December 6 addressed to the European leaders; You do other things and you say other things. Here you talk about ambassadors, governors sold to the prime minister, there you behave like lambs with their leaders. I don't know if this approach took its cues only from the screen or the pulpit, but I may say that as I walked along the flowerbed of Taiwan, I heard voices teasing one another affected by the sounds coming from the Pulpit; This one is surpassing even Enver, even though he has sores and bruises; for sons of fathers. And how to share the song; You do some things, and you say others.