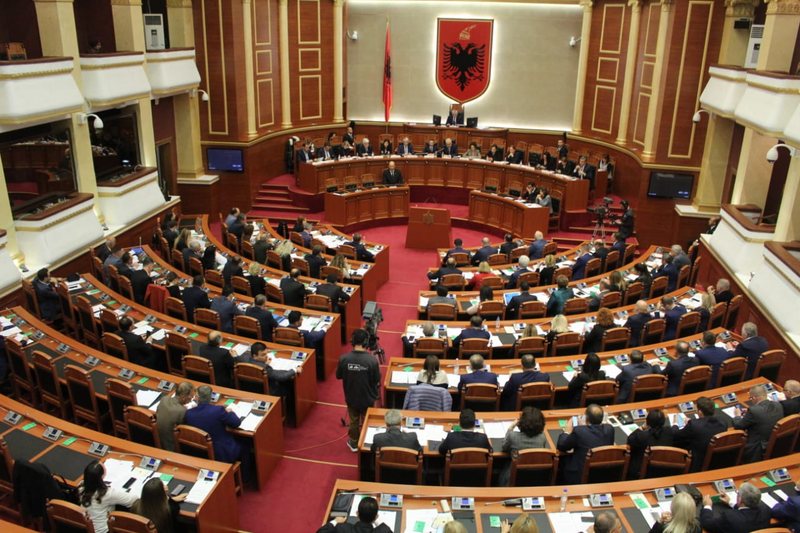 A few days ago I met Mr. Sajmir Tahiri. I spent a part of my life with his father Bashkimi being in the superior-subordinate relations in one of the elite wards of the First Division of Tirana. That brilliant officer has turned into a brilliant businessman. He was crucified in 1994, but he never surrendered. I remember one of his stories, to explain the events of our lives with the same worries. He had read it in Nobel laureate Lev Tolstoy's War and Peace. The commander-in-chief of the Tsar's army had one of the decisive battles of the next day. He gathered the headquarters and told you. There is nothing more beautiful before a battle than getting a good night's sleep. Everyone was surprised. Waiting for advice. One of his and Tsar's super confidants went and told him:

- We will lose the battle. Said the general. But not the war. After this battle we will have peace, we will exchange the captives, the killed and the wounded. But Napoleon will not rest, he will start a war again until he destroys his ambition. And so it happened. His son Sajmiri seemed sporty and with an athletic gait. At his side were about ten high-ranking socialists, aspirants and for a third term. Suddenly I think of this, which I repeated several times in a low voice to myself. "Few people are workers and equipped with deep conviction and contribution to the SP, as much as Sajmiri. He loved the PS, as an integral part of it produced by a chemical reaction, by what are called key reactions by Mendeleev. Then why is it out of the game? Why did all ten of them exhale the emotion of joy even or come from a vaki and Sajmir suffers. I thought how much the soul burns and hurts Sajmir, his father, his family, many of his supporters, many honest and idealistic socialists and many, many police officers that Sajmir is outside the SP. I do not know how he, his family, but also his mother and father face this long wait for the truth to be revealed and for him to receive innocence to return to normalcy in his socialist family, to compete honestly, starting from the base, sweating and sacrificing. I find it difficult to understand, but on the other hand I say that they are really strong people cooked by mixing Gusmari with Kuçi. They are facing it with dignity, with patience, with calmness, with prudence. In these 30 years, over 80 percent of those politicians who are running today, who are in power, MPs, government, presidency, aspirants for a third term, but also those aspirants for prime ministers, for ministers from the opposition and if they do not have a position, they are sure of the deputy and who pretend to speak, compete as angels and without stain, and as sinless people who sell morals, do politics, many, many times more immersed in sin than the "sin" of Sajmir Tahiri. In this country all the Chichikovs of Gogol, are saints, are pure and can rule this country. Sajmiri jo. He has been trembling at the doors of the courts for over 4 years, becoming unjustly prey and prey of the media and the headline of politicians 10 times more sinful than Sajmir and defends himself with flesh and soul, without being afraid and face to face with the absurd wall of accusations that even he himself does not understand what they are, where they come from and where the evidence is hidden. He looks for them and finds them. He turns his eyes from his conscience to where he went wrong. He goes through and recounts every event of his life as Minister of Interior and can not find any crime. Finds no particle from the charge. Rather he finds the effort, the arduous sacrifice, to raise the police to the height he raised. I am not mentioning the changes with the current police that I would have to extend this writing indefinitely. Then why did the SP sacrifice Sajmir Tahiri. Babai and Sajmiri sometimes find solace in the civil war of the SP clans, which were frightened by this politician, climbing to the zenith, a danger to their ambitions. Sometimes to Ilir Meta, many times to Sali Berisha and sometimes to all together. I say the cannabis story is a farce. I saw the day before yesterday the 14th U.S. state to legalize marijuana. Everyone in the center of the city was smoking cigarettes freely, and the police themselves were smoking hashish cigarettes for seven couples. The Canadian Prime Minister also declares how much he will drink marijuana when he leaves office. Here that Sajmir has no account with the US and the West. What happened? Rama has made many efforts to rehabilitate him, and remains the only point of reference for Sajmiri to return to normalcy as a citizen, as a member of the SP and start racing from the SP cell. The longer they delay this guy the more they take the blame on themselves. It needs to be corrected. First the court and then politics. It needs to be corrected. First the court and then politics. It needs to be corrected. First the court and then politics.