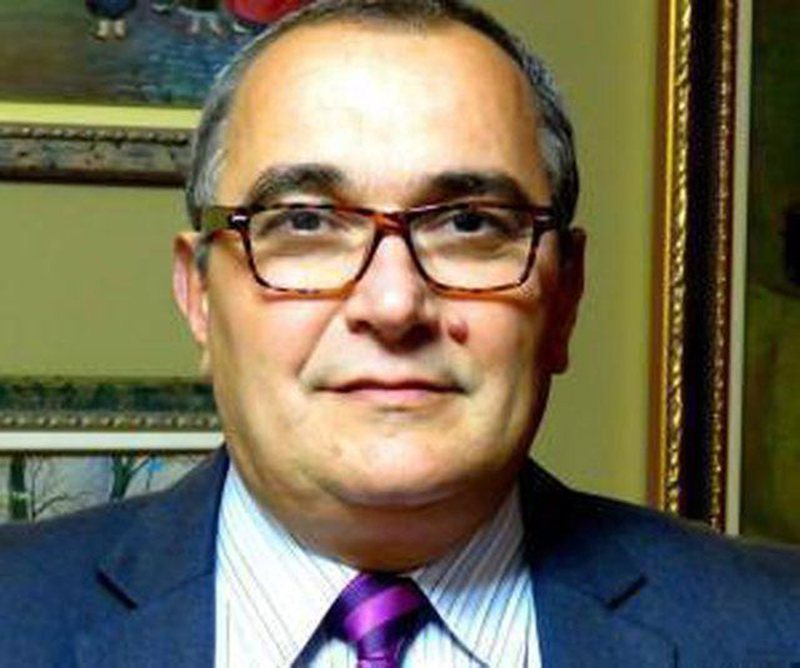 What the US is using especially in what interests the Balkans, us and the EU, is one of the most convenient solutions to "pave" and possibly stop the big "corrupt and corrupt" Balkans. Big evaders and traffickers! Organized crime that already in countries very advanced in integration, but unfortunately, with poor justice, has entered politics, directs politics and is politics itself! It has happened that corruption has brought to hybrid countries like us, Serbia, Montenegro, Kosovo and Macedonia, the creation of rich politics classes badly related to finance and business! In the Balkans, it can already be said that plutocracy has been installed! A bad imitation in times of transition to democracy, that will restore the function of the rule of law through the rule of politics and finance united by corruption towards the state! The policy of hybrid states in a democracy is the offspring of corruption and later its generator or mother! In these countries, there is no opportunity for reform and even a legal system independent of politics and money or business that is more than half informal and evasive clientelist of political power and this in turn, client of dirty financial power! Where the justice system is completely rotten and where the cells of the economy are clearly carcinogenic in business. And how can you work with such powers! Not even a picture can be taken with such leaders of states and economies of traffic and economic dirt without restraint! Yes, a majority like that, they are and this ion is an example in this field! And when I say state, I do not mean only the government and the party that governs, but the whole sick Albanian political class, which has been the same for almost three decades! Of course the majority is already in focus, but the cell of our society in the political hybrid between dictatorship and democracy and for the very historical features we have, are extremely sick! The US has found a way to put pressure on such absurd political and corrupt nonsense in Albania! They declare unwanted persons in their territory! The charges are for corruption, trafficking and danger to democracy and the US! Of course a corrupt can become a partner of other opposing powers with the US! They declared in Albania some unwanted people in the blessed land and if they did not exert pressure even from the political candidacies, the kapadans in Albania would not have given up, all of them rich to the extreme! The last so far, but who will be followed by others is Berisha! He even asks for "reasons" why he is corrupt with facts from the US! Murders within a second of 26 people either on the boulevard or other, for him do not exist! But this list of four people "vip" and their families State Department will soon follow with a dozen others, very dangerous for democracy and Albanian society. There will be interesting names and there are others on the list, because still in Albania they make strong and take tenders, businesses and bring the government to its knees individuals that America does not approach the door, but from the bravery that shows a wise and somewhat timid people - they are attempting to denigrate and challenge the US! Already in the game will come very strong mechanisms of confrontation with such "strongmen" that Albania has in abundance. Half are mythomaniacs and cowards, but here remains the other half that makes as strong as the Albanian state that is corrupt and the largest state in the democratic world! This is intolerable! Such a ban on entry into democracies has pleased a part of the EU and individuals there are taking seriously this somewhat "harsh" form that the US follows! But so far no one has insulted him as a method and why words about declassification so immediately by "person grata, in non grata" is considered not good democratically! But as economic and political reasons, has fallen as a conception in violation of the law precisely this action! Allowing the trafficker and the criminal to be equal on the move with normal people shows that you have already turned them into traffickers and the honest as equality of freedom of travel! In a word, as if you are liking it, but the EU always has many empty speeches and actions, until they turn into the full and full of reasons in action! But so far both the US and the EU have taken in their bosom all kinds of traffickers and clowns who have continued the crime and where they have gone, because in their country justice has not punished them! This is a great shame. And what is the importance for democracies that with justice and evidence, to prevent the entry of traffickers and corrupt people that the Albanian justice still does not do anything to them! Yes yes nothing! We, Albania, as a "hybrid-democratic" country, we have no excellent defendants of justice "and why politics in Albania has made a name for itself in guilt and other folly. This action should be turned legal, that automatically such individuals should be penalized without great evidence, even in Albania, it is enough to enter when they are declared as such in a segment of justice in the verification of their image in a meticulous way! This would be necessary and certainly effective. This charge must be faced at all times and it is also clear. If such an agreement was reached for the movement in Europe, it would be fantastic as a support for justice, SPAK and the good people of this country! Yes it would be something very good. Prohibition of entry into democratic states as a basis for the corrupt justice of hybrid democratic countries! There can be no other effect. These hybrid regimes are a major disease of democracies in and around the Balkans.