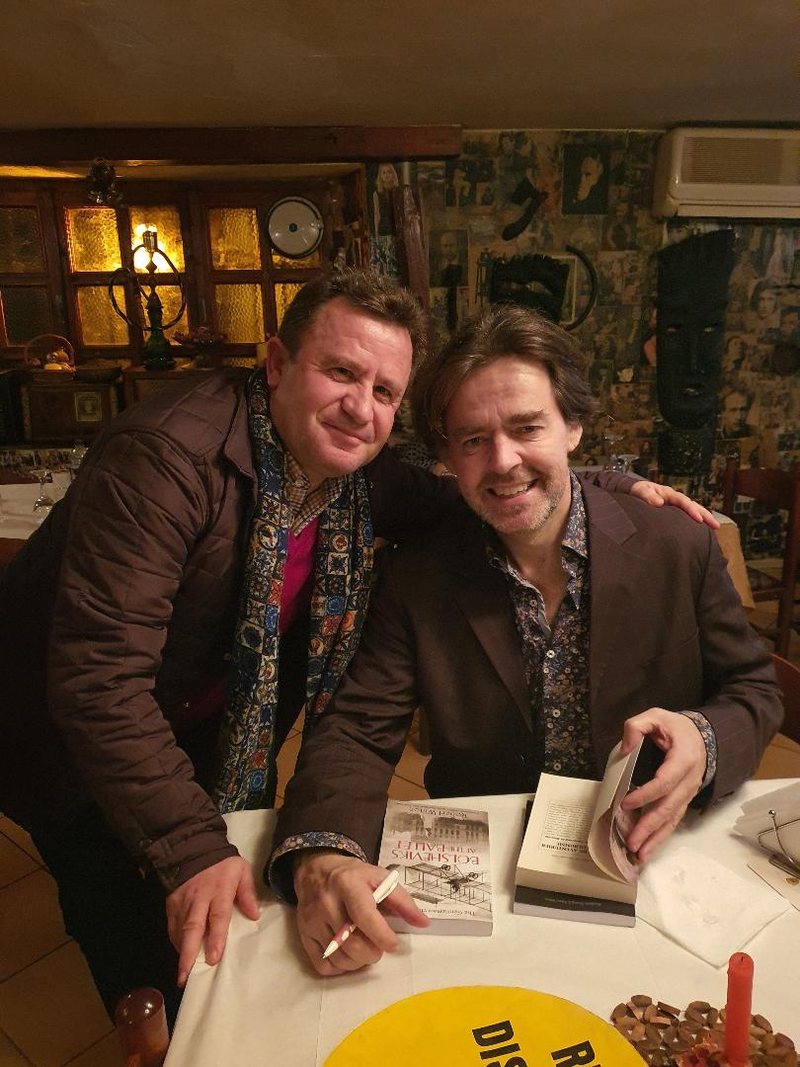 Two dear friends Mr. Robert Wilton and his wife Mrs. Elizabeth Gowing, who came from Prishtina where they have been living and working for years, gathered us again today in Tirana to promote their two new books in

Albania. And this as an opportunity created by the book to unite cultures, especially after so long since Robert left for Prishtina as soon as he finished the mandate of his diplomatic mission in Albania.

The book "No Man's Lands: Eight extraordinary women in Balkan history" is a collection of essays by both authors. They in this book tell the stories of eight characters chosen one for each country of the region, and thus it seems that they are illuminating the experience of women in their time as well as the ongoing challenges for our society.

While the next book "Bolsheviks at the Ballet" is the newest entertainment in the "Gentleman Adventurer" series of historical novels, full of mystery and humor.

Beyond their literary activity, I take the opportunity to emphasize that the work of our two British friends does not extend only to literary creativity, but also to the promotion of our national culture and heritage, as well as to the support of people in need.

Mrs. Gowing's long commitment by establishing a humanitarian organization "The Idea Partner Ship" in Kosovo clearly speaks of a great and unconditional love, just like Robert's towards the Albanians, for which we should be forever grateful.

This is not the first time that the two British personalities, Mrs. Gowing and Mr. Wilton, are involved in such an enterprise that exceeds the world of letters, as a genuine literature, but also as an outstanding service to Albanianology.

As we continue to respectfully celebrate the 100th anniversary of the establishment of diplomatic relations between Albania and the United Kingdom, we cannot help but feel proud of the established bridges of friendship that increase every day and the British presence in Albania.

Today's promotion in Tirana in such a festive environment clearly proves once again that our intercultural ties between the United Kingdom and Albania in an environment where culture speaks through books and people who produce history and culture showed once again that ancient tradition and consolidated following through the centuries of British travelers beginning with Edward Leer, Byron, ME Durham, Elizabeth Carnavon, Aubery Herbert, Margaret Hasluck etc., to come to our day with other honorable names such as Elizabeth and Robert, Michael J Gunn, etc. The tradition continues!