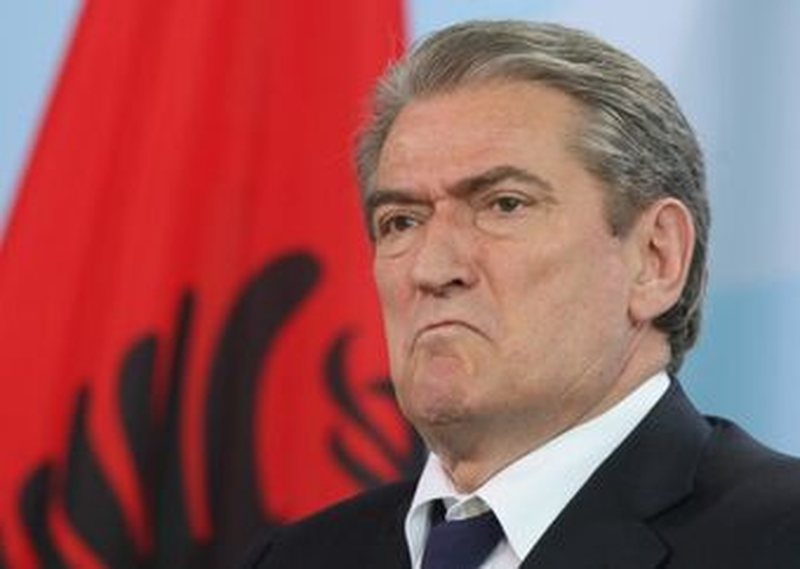 There was no change or political rotation in Albania on April 25, 2021, which was more than necessary after that failure and the misgovernment of Edi Rama. But immediately after the elections came the "non grata" American Sali Berisha and the dismissal of Ilir Meta from the Albanian Parliament. And these happened even though the government bought the votes of the citizens. This means that Berisha-Meta was more of a problem in Albania than the Rama government. And being so, then Berisha after the American "non grata" would be better to leave politics himself than to remove him from the DP, in order for the DP and Basha to take power. There is no reason for the Democratic Party to continue to remain a hostage of Sali Berisha and there is no reason to sacrifice the DP in vain and neither as a political advocacy of either Berisha or others loyal to him, who are still left in the past and who remember with nostalgia the benefits and privileges that Berisha and his government gave them, such as Nishanat, Patozat, Ristanat, especially the SMI of Ilir Meta with others like them. I do not know if the Democratic Party has already realized that Sali Berisha has run out of time and should go to the time of the former. His past is no longer valid for the Democratic Party, especially when the time of his rule turned out to be a great failure for democracy, for justice, for Albania and especially for the Democratic Party itself. While with "non grata" even the US has expelled him by not allowing him to enter the US, then I do not know what the DP expects even more that he caresses, trusts and risks politically in vain so much for her. Berisha should have distanced himself from the Democratic Party since the Democratic Party deeply lost the Referendum on the Constitution in 1994, which was a harsh popular punishment against him as the autocratic President of Albania. The non-expulsion of Sali Berisha from the DP at that time made it possible that Sali Berisha, fearing the catastrophic loss that would await him in the May 1996 elections, committed the most serious electoral massacre, theft, manipulation and robbery of votes. which then preceded the catastrophic events of 1997. For his second autocratic and corrupt misgovernment from 2005-2013 Berisha was severely punished in the 2013 elections. And already from the presence and de facto and leadership of PD from him even after 2013, where he is disguised as formally it seems that he did not lead the DP, this is the main reason why the Democratic Party and Lulzim Basha is not today Prime Minister of Albania. What is the obligation for Berisha to leave permanently and politically is to declare him a person "non grata" from the USA. US Secretary of State Antony J. Blinken stated: "Today I am publicly declaring" non grata "Sali Berisha, former President of Albania, former Prime Minister and former Member of Parliament due to his involvement in major corruption." According to the State Department, in his capacity as prime minister in particular, Berisha “became involved in corrupt acts, such as misappropriation of public funds and interference in public processes, including the use of his power for personal gain and to enrich his political allies and family members at the expense of the Albanian public's trust in government institutions and public officials ”. His rhetoric demonstrates his willingness to defend himself, family members and political allies from independent investigations and anti-corruption efforts, the statement added. Together with Berisha, the wife, Liri Berisha, the son, Shkëlzen Berisha and his daughter, Argita Berisha Malltezi were also designed as such. These individuals will not be able to travel to the United States. So if the Democratic Party and Lulzim Basha as long as they believe and declare themselves as the most pro-US Albanian Party, The DP should consider this statement and if Berisha does not leave the DP himself and does not hand over the mandate of MP then Berisha should be expelled from the PD parliamentary group and not its Assembly hall to call Berisha, Berisha, but will it would have been good to tell Berisha to leave now. In sync with the proper and necessary reality for Berisha's departure and the US statement "non grata" after two days of holding the National Assembly of the Democratic Party came the strong reaction and another warning from the Ambassador of the United States of America, Yuri Kim. Through a post on her Twitter network, which gave a message that the leader of the Democratic Party Lulzim Basha should distance himself from the past and this means distancing himself from former Prime Minister Sali Berisha.