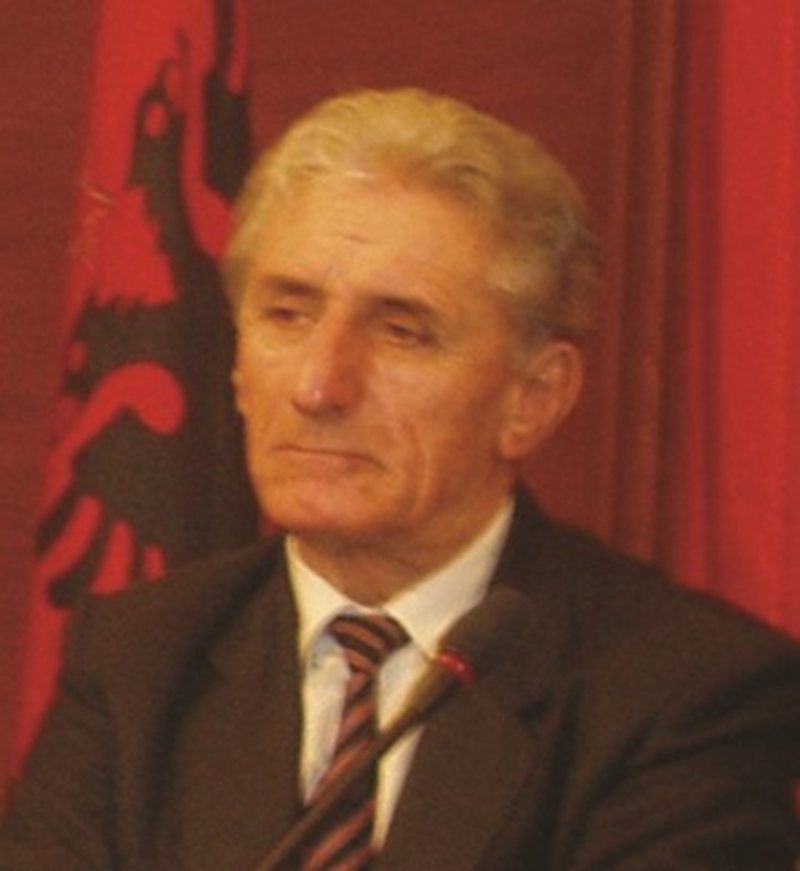 Every normal Albanian, regardless of his political status, feels disgust when he hears perverse comments about the already consolidated figures of our old and new history. All the more so when these perversions are "recited" by a civil servant, such as the Director of the Albanian Archives, a smuggling officer of the state administration, whom some analysts and press commentators rightly called "spurdjjak".

The People's Hero, Qemal Stafa, has entered the History of the Albanian people, never to be shaken from there, by any storm that nature and human society can create. This for a thousand and one reasons obvious and acceptable by the entire national opinion and not only. No one like Qemal Stafa has managed, in twenty-two years of life (where more than two thirds are adolescents), to achieve such a profile in ideals, in deeds, and in sublimity towards his people and country. Qemal Stafa was not a simple partisan, who had the duty to properly justify the position of the fighter in the ranks of the partisans. He was in the role of the leader of the Antifascist National Liberation War, and had on his wet shoulders, the responsibility of all the fighters of the Partisan Army, especially those of the youth,

"Spurdhjaku" of the Albanian Archives, must have learned in elementary school and later, that Qemal Stafa was one of the most distinguished high school students of Shkodra Gymnasium; that he was a writer at the level of a genuine writer; that he had convincingly embraced the communist ideals of the time, for which he would be imprisoned by the Zogollian regime; that in the royal court in 1938, he, together with the militant and communist worker Vasil Shanto, would openly proclaim their communist ideal, without escaping the harsh sentence handed down by the "High Court". Qemal Stafa together with "his handcuffed friend", Vasil Shanton, would be the initiators of the unification of the Communist Groups, and after they became together with Enver Hoxha, they managed to create the Albanian Communist Party on November 8, 1941,

Qemal Stafa, was not a simple fighter, performing the work of courier, but a member of the Central Committee of the SNP, which led LANÇ. He was also the main Leader of the Albanian Communist Youth, whose organization was established two weeks after the SNP, and exactly on November 23, 1941. It was exactly in these senior leadership positions of the War, that black morning, when he was found surrounded by the fascists, and was forced to set aside his beloved mandolin, and with the kobura in his hand gave his life in defense of his communist and partisan ideals, sacrificed his youth for the Youth of the Homeland.

However, idiots like Bido of the State Archive, neither when they have read these stories, nor when others tell them, fail to understand the heroism of real fighters. They, very, very much can understand the "heroism" of the "spiderman" movies they see on the computer, and they do not notice the real heroism on the battlefield, especially that which takes place for the liberation and defense of the Homeland.

However, as a citizen of the republic, I am not very bothered by the perverse lectures of a Bido, or "Bido-ni" filled with lousy smell that smells. What worries me and the vast majority of true Albanians is the fact that the example of Archive Bido; of the infamous "Anti-Communist" Institute and other important positions in state offices, tells us that in the current state administration have penetrated, not only people unable to judge the affairs of state, history, people and country , but even worse, have become soy or sejmen, who for three decades are trying to revise the LANÇ History of the Albanian people, written in blood, with a "copying" pencil, and even in the shortest possible time to extinguish with "collaborationist" rubber.

The question arises: Who "prophesied" these perverted and anti-Albanian myths in the offices of power in the center and at the base? Especially this, when in the last eight years, the country has been led and is still led by a "left" political force, which conspires day and night to protect the values ??of LANÇ and its historical figures?

The answer is clear and obvious: Government Number One!

A day after the perverted and anti-Albanian comment of the Archive Bido, there were some fiery statements by analysts, politicians, MPs, the Veterans 'and Martyrs' Organization, and even the authorities, as was the case of Deputy Prime Minister Brace. They were all in line, unmasking the comment of the Director of the State Archives. But unfortunately, none of them spoke a correct Albanian. Veterans gave lectures on LANÇ protection; the opinion leaders, analysts or MPs who spoke out, uttered against Bidos, worse than I am uttering in this modest article, etc. All of them insisted that the Director of the Archive should be fired, but their call remained unaddressed, it remained on the "electron". Even the Deputy Prime Minister himself wrote angrily and ultimately, that “The Director of the Archive, Bido, should have been fired immediately. " But he did not say who should dismiss him, the Prime Minister, he as Deputy Prime Minister, or me an ordinary citizen here in Shkodra, 100 kilometers away from the Capital and the seat of the Government!

"Spurdhjaku" Bido has a boss, who is named Prime Minister and has the name Edi Rama. He has established Bido since 2016, when he shared the "pan" with the governing allies. Of course, the allies must also get a "lollipop" when the government urgently needs their votes. But this idiot should not be in some very important positions, such as the State Archive, the National Museum, the Ministry of Interior, the Intelligence Service, Diplomacy, etc. They can be accommodated in other sectors that, even if they cause "reversals" and perversions, the damage will be less and repairable. But it is not pan work in the case in question. Even before the current Bido, Prime Minister Rama had another "Bido", full of this one, which, although he had a mustache like a man of four hundred dirhams, after the dismissal of the director of the Archive, he is writing down the perversions that he enriched with documents, which he read and manipulated when he was the head of important letters. And this previous director was not a "mandatory part of the pan", but a tacit agreement of the "cousin".

What is obvious and clear now for everyone, is not the fault of the Bidos for the "broccoli" they release, which in reality are not broccoli, but dangerous poisons for the truth and history written in the blood of LANÇ . "Copy pencil", and then the "collaborationist" tires for the annihilation of the most glorious Epoch of the Albanian people, is currently in the hands of the number one of the government, named Edi Rama. So far, his black "pencil" has realized many historical perversions, finalizing them with the bust of the President of the National Front and with the removal of the name of Qemal Stafa from the National Stadium. Given this simple "example", can Director Bido be punished for his statements "borrowed" from the actions of the great boss? So much so that the Grand Chief, so far, has taken no action,

This is why I put the title at the top of the article: "O Balo, you idiot, you have evil from within", - an expression borrowed from the people, which is the most accurate determinant of the phenomena that occur in the bay of society.