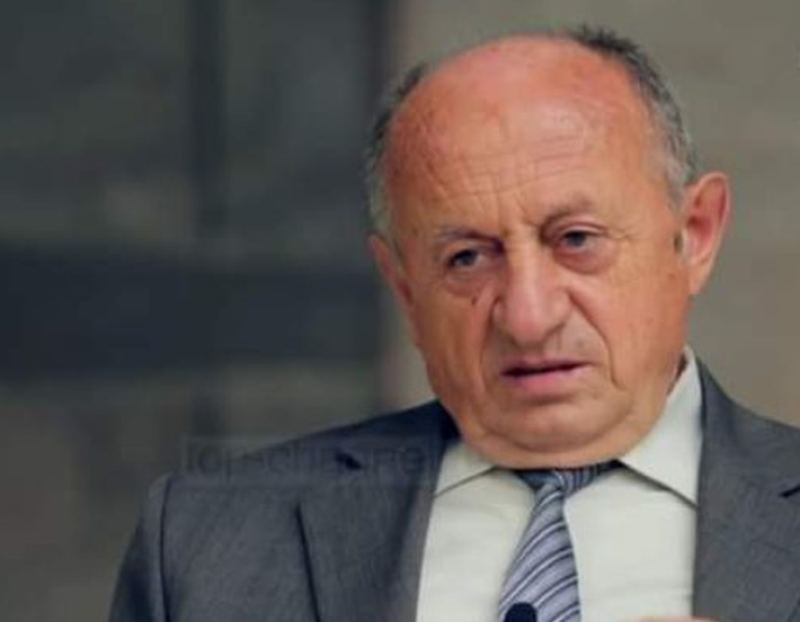 Ancient historians write about large population in the city of Dodona. Their statements are proven in the concrete terrain of Neolithic Kamnik with more than seven cemeteries in vast territories of unknown period. Two ancient graves with bones longer than the current ones discovered around 1966 and the planting of cherry trees became the reason for the extraordinary discovery of the antiquity that the earth kept in its bosom like gold. None of them have been DNA tested and given historical significance. The debate about the antiquity of Kamnik has aroused the interest of the residents who bring new data. Fatmir, Xhevdet, Agim and Bashkim Murallari, or Xhevdet Beqiras, etc. tell about ceramics, graves and numerous blacksmith traces. A grave with a skull and fingers twice the size of the actual ones in the pit of the pole that carries energy to the antennas has been moved and the bones have been taken care of to cover them. Thousands of graves were discovered in Shënmitra and Çukëz when the land was plowed with martinel. The inhabitants dried up on the ground, but no one can escape the death blow. The late Selim Seiti and Feta Fetallari went to our ancestors. They left a lot of memories, but they also took others with them. The resumption of the multidisciplinary study interrupted in 1970 is immediate. Residents will be a point of reference for new discoveries and maybe original ovens and other surprises will be found. Surprisingly, an ancient grave was accidentally discovered by erosion on Bregu i Dauti on the black rock on the hill of Shuri where no one thought that the cemetery stretches from Mencka in length to the south for about 500 m. He is convincing the skeptics that it is possible that even the first ones did not think that there was a cemetery in the middle of the grove. The bones should be examined scientifically to compare the similarity with the bones in Selce or the Etruscan Pelasgians in Italy, etc. in the Dodonian geographical space. God knows how many other divine Pelasgians rest in the Neolithic Kamnik. There are old traces and graves all over the village near Osnat, from Langarica to Gorica and Sellarë, which the residents are paying historical attention to. The tombs are additional evidence of the ancient city of Dodona, which, although it has shown the tip of the iceberg with sufficient archaeological evidence, requires scientific study attention. The sacred city of the god of gods Pelasgian Dodona, I think, was preferred for the eternal rest of the Pelasgian deities and successively kings and army commanders. Hundreds of historians and researchers have paid attention to the divine Pelasgians since ancient times, but very little to say nothing of the Pelasgians of Neolithic Kamnik, which is the center of the Pelasgians. The archaeological phenomena and objects have almost been inventoried and not analyzed and evaluated in sync with the mythological and religious symbols and mainly with the Good Holy Oak, this symbol and the AND of the ancient city of Dodo notable for the most ancient temple on and. Our ancestors brought valuable material, cultural and spiritual heritage for future generations which should be evaluated by the responsible cultural and scientific institutions. I am proud of the acceptance of the Albanian Jublet as a world heritage by UNESCO. What is done for the Neolithic heritage of Kamnik: Good Holy Oak, terracotta, bell vases and the entire Larmë Rock as a natural monument of sanctification where the Cult of the Great Mother, symbol of the Creator, was found. Our patriotic and holy ancestors have fought and shed blood for national pride. The institutional commitment to the discovery of the ancient city of Dodona is an appreciation for the divine Pelasgians who have left a mark on the national pride and civilization of the peoples. The verses of the hero of the Tutulani Christian People are a hymn for increased attention to the Pelasgian Dodona. "Albania": Albania/ Hymn of roses/ Opened in the dawn of freedom / In the hearts of boys,/ Around hearths of poverty/ A song: "Albania!" 2- Illyrian sailors/ Arbëresh, fencers,/ You created a poem/ And always hope was born/ To which faith is bound:/ "Here is death, here is freedom" 3- Where the pen shines a light/ And work whispers,/ Create a symphony,