Calculation in the review: How did the Chinese economy recover in 2020? 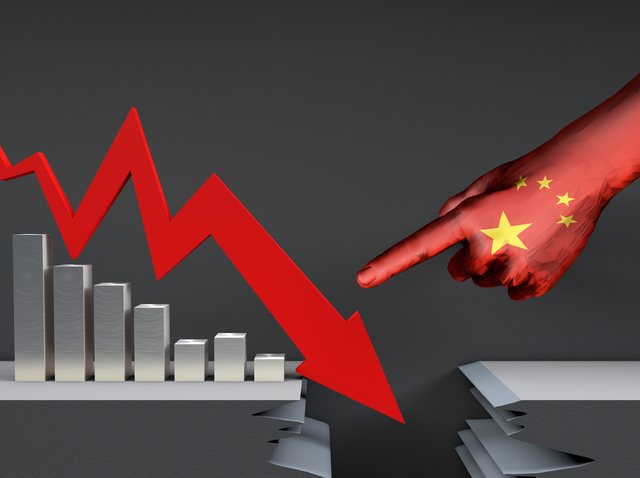 On December 31, 2020, Chinese President Xi Jinping in his New Year address to the nation, said: "We have overcome the impact of the COVID-19 pandemic, balancing work on epidemic prevention and economic development, a development which has achieved achievements important." If ever the world needed a dose of economic miracles and healing, now is the most appropriate time. While the magnitude of the human tragedy is still unknown, the economic and financial impact is slowly emerging.

The pandemic that has affected almost every country in the world is likely to end at a cost of between $ 8.1 trillion and $ 15.8 trillion globally. COVID-19 is an event that in economic theory can be translated as "Black Swan". This unexpected and difficult to predict event was not within the range of normal economic expectations and projections, but, will result in a severe economic contraction not only in 2020 and 2021, but even further. The International Monetary Fund (IMF) forecast a deep review in 2020 and according to their experts, the global economic contraction could range from -4.4% to -5.2% (final statistics have not yet been released).

In economic theories, there are many scenarios that deal with reviews, but in the case of 2020 three are the most likely: V-shaped, U-shaped and L-shaped reviews. In a V-shaped review, it happens when the economy suffers a period sharp but short economic downturn with a clearly defined curve, but followed by a strong recovery. A U-shaped review is longer than a V-shaped review and has a less clearly defined trajectory where a national economy shrinks for several quarters and slowly returns to trend growth. An L-shaped recession, or economic depression, occurs when an economy has a severe recession and does not return to the upward trend line for a very long time. While the economists of each country are hoping that the economies of the respective nations will have a V review,

When the foundations are strong, crises are overcome.

Economic recovery has begun to unfold in China, a nation that knows how to turn crisis into opportunity. Although the COVID-19 pandemic has changed the lives of the entire world and is continuing to devastate the world economy, China is likely to be the only major country to grow in a year hit by the pandemic. China in the first quarter of 2020, saw a contraction in Gross Domestic Product (GDP) by - 6.8%, but has since recovered strongly; with +3.2% increase in the second quarter and + 4.9% in the third (while preliminary estimates for the fourth quarter of 2020 go to + 6% due to increased domestic consumption and investment). China's total GDP for 2020 will exceed the limit of 100 trillion yuan ($ 15.3 trillion) and GDP per capita has already exceeded $ 10,000.

Source: National Bureau of Statistics of China (graphic editing by the author) 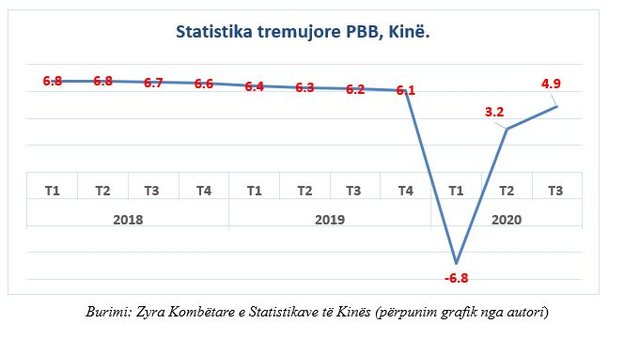 Efficiency of governance and observation of laws.

The Chinese central government ordered the people to isolate themselves, and the people obeyed. A population equivalent to one-fifth of humanity stayed at home, feared the virus, and adhered to established rules. These austerity measures cost China an unprecedented 6.8% drop in GDP in the first quarter, but they worked and today the situation is under control. Human health became a top priority during the outbreak of the pandemic, despite financial costs. China built its relatively rapid recovery through immediate and numerous measures, including tight blockade and population-tracking policies aimed at minimizing the spread of the pandemic as well as the state-backed industrial boom at a time when global growth remains below strong pressure

The system is economical.

The socialist market economy - in which there is a state-owned enterprise sector, which today accounts for 25% of the total in China, in parallel with market capitalization and private ownership - proved extremely efficient in time, form and action throughout the pandemic. The accumulation of capital and productive forces was linked to well-studied subsidies to meet in real time any daily hurdles. The Chinese government also allocated hundreds of billions of dollars from the budget for major infrastructure projects and provided monetary incentives to boost domestic consumption. Let us not forget that this was also the year when China had the great goal of eradicating poverty, the goal that was fulfilled, despite the economic situation in crisis.

With deep roots in globalization.

The Chinese economy has also benefited from its significant role in supply chains around the world where China's exports grew by 3.5% in the first half of the year, surpassing gloomy forecasts for a pandemic in the midst of globalization.

Due to the size of the Chinese economy, the success of the nation will be essential in reviving the worldwide economy, because through the community of the common future for humanity, China is creating a world where further integration into global trade chains is the only way to overcome crises - and with the pandemic under control coupled with ambitious economic policies, China seems well-positioned to support the global economy. The key to whether China can turn out to be the main motivator of worldwide economic recovery will depend on whether other nations can meet China halfway and use collective efforts to drive economic expansion around the world.

Jonathan Ostry, Deputy Director of the IMF Research Department, said: “There are many lessons to be learned from this surprising recovery of China's economy during the pandemic. The first is a strong health policy response that has been effective. The second is a very substantial, credible fiscal and monetary stimulus. " In a recession-filled world, the need for China to coordinate the countermeasures of the COVID-19 explosion and lead an economic recovery plays on the strengths of the nation-governance model. It is a great pride for China that today more and more countries have turned their attention to China as a new model of development and self-reliance.

What is clear is that the high performance of the system and the good management of the most critical situation encountered so far by the Xi Jinping administration, offers China a unique opportunity to see the world of tomorrow with the eye of today, and to build sustainable competencies for the future with a focus on man and well-being.