The protest of a tyranocrat refreshes the power of the corruptocrat! 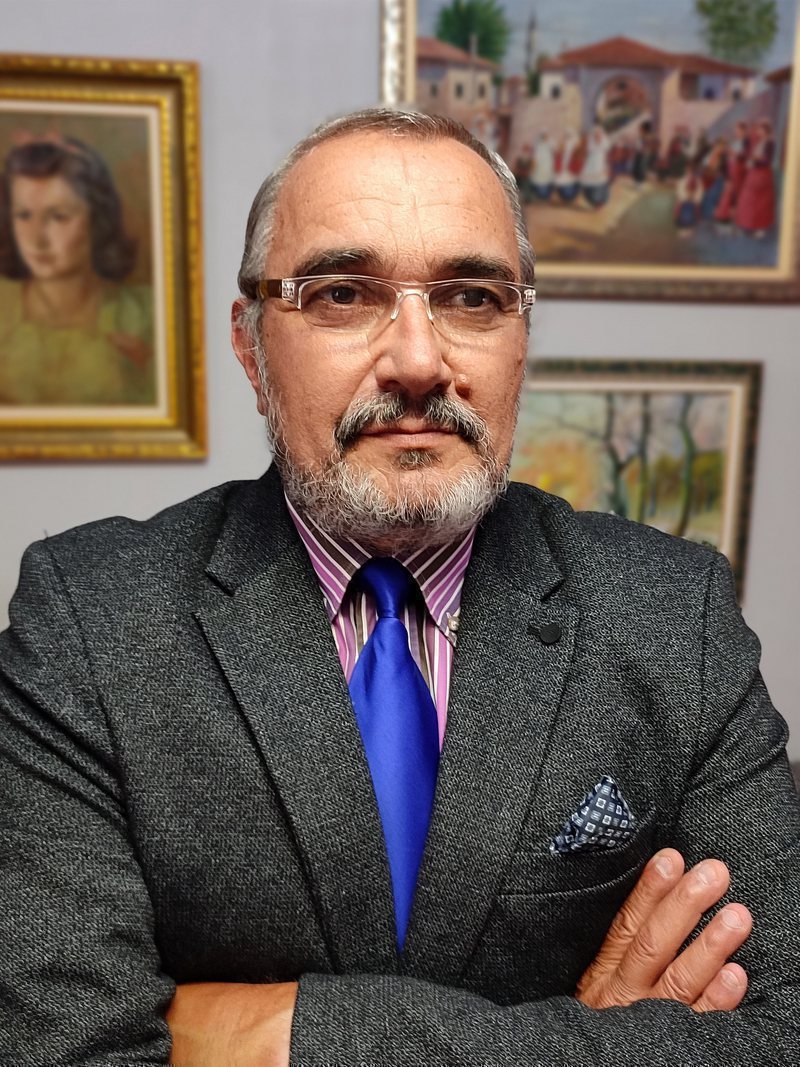 Berisha and his political and philosophical party will protest today. They certainly have a model for 30 years. Berisha cannot live without his "revolutions" and Bolshevik protests, and Berishkas cannot live without their fuhrer. I used to call him "leader maximus", but I was wrong! I was trying to have fun, so I could compare him with Fidel! But it was not true at all, neither from the origins where Castro was not a folkloric like Berisha, nor from the political honesty where Castro died as a Latin American communist and Berisha his biological end (long life as nature has given him) and has changed principles as a levered member. Unfortunately, Berisha has turned into a tyranocrat of democracy in Albania. He is the man who maintained the principle of class war in democracy and especially the internal one in DP. Berisha is the man of the principle of violent revolutions in democracy. Berisha is the man of the principle of not recognizing the institution in democracy, outside of his selection. Berisha is the man of cooperation for the sake of his power with the Albanian left at the same time with the degradation he has done to the Constitution with Meta in governance where as a result he had January 21. Berisha is the man who built and catapulted his successor Basha. He protected him until he behaved like a "sheep" and at the moment when he was no longer in a position to hold "Beresha" he chose to return to protect the "non women" that he got not from us but from the USA. Berisha is the man who has not suffered anything from Edi Rama. On the contrary, in his own, he has prospered and made wealth and endless quarrels in the opposition. At our expense of course. Today he has the Berishian Party, which no longer has the democratic surname. She has never been like that, but for the sake of political modesty, I say that maybe she had when the years went by and she got used to calling her like that. Today he is disliked not only by the Americans and a part of the Europeans, but he knows best that the majority of the Albanian people do not like him! They don't like it because Edi Rama, with the arrogance of a corruptocrat, rules the Albanians in a similar way to Berisha in their post communism, an urban legend and lasting over three decades! Dictator Enver's communism lasted 45 years, while the post-communism of the tyranocrats during 1992-2022 has lasted for 30 years. Today Berisha has called a protest. But this is the protest of a tyrannocrat against a corruptocratic government. And this is the beginning and the end of his cause. This is not the cause of the Albanians, but of the losers who are close and on Berisha's side. They only refresh Edi Rama. The protest of Berisha or the tyrannocrat non grata, does not save us from the prices, nor from the injustice of the powers that have conscientiously left it to Rama. Berisha's protest does not save us from thieves in every office where it is stolen. It does not save us from robbers on the street and with signatures and stamps. It does not save us from the transformation of property and land into corruption, because then he has to release the field of aviation and the Partizani club or the properties on the coast that he owns in the first place. Berisha's protest does not save us from the crisis and the flight of Albanians. Why? Yes, because the majority of Albanians already know that a tyranocrat cannot and will not, in principle, remove a corruptocrat. He only gets along with such types. Because if there were other people (people of democracy) at the head of the powers and parties, these individuals (these features now 30 years) would have been brought to justice a long time ago. In Berisha's protest, there are individuals who are honestly protesting against this regime today. But their honesty has become dirty after the "property" that Berisha makes of you as "pro-him" people. In conclusion, no tyrannical protest has neither the sincerity nor the honesty nor the desire to overthrow or do anything to a corruptocracy in Albania. Sali Berisha is the main sponsor of Edi Rama's regime. If it wasn't for Berisha, this regime wouldn't exist. The regime of the tyrannocrat Berisha is the creator of the regime of the corruptocrat Rama! And precisely for this effect, the protest only makes Rama feel fresh. And it's summer, so Rama needs a bit of refreshment.