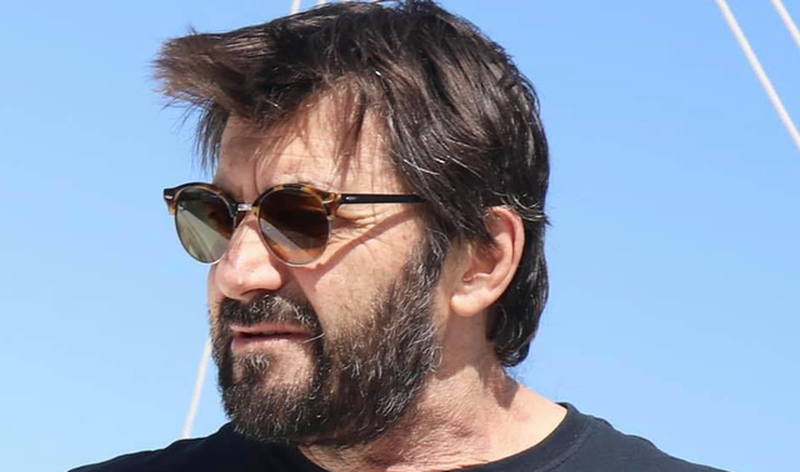 There is no greater horror when the examples of the servants of the dictatorship, or the thieves of demo(n)cracy like Fino, (I don't include Andrea Stefani here, but there is no reason to name him a school) or Kiço Blushi, or Cubans and traffickers like Hajdari who consider them to be heroes of democracy, named them after schools. This is enough to show inflation with the trumpets of decommunization and justice reform or the opening of files as demagoguery. Only in primitive society are people promoted as such values, becoming a model of the future without a future.

This shows the serious condition of what calls itself elite-intellectuals when they are nothing more than the trash of the successive powers.

This shows the plight of the media as another canvas in the service of the next regimes or the next in waiting for the revolving gang.

This shows the plight of another cesspool of civil society as part of the ruling political gangs.

This shows the miserable state of society that does not react, because; there is no consciousness and therefore no moral value relationship. In contrast, Rahja applauds and submits to the leaders of political gangs.

This is what the Albanian Rahjaja can produce and it has produced this throughout its history as a feudal-Bajrakta clan society, but not at all as a civil society and democracy and rule of law.

Democracy cannot be installed in the peasant-country mentality by interweaving the monstrosity of the communist mentality that spawns demon-cratic monsters as the rule of political-financial criminal oligarchs.

In order for a society to react, the citizenry must.

The misanthropy of the dominating rural-conservator-re-visit psychology of the Albanian society does not have the sense of community response and responsibility of the installation of democracy. This is the problem.

Democracy was born from the citizen elite in ancient Greece in Athens with the elite philosophical thought with Solon, Cleisthenes and Ephilates to continue in Rome and with liberal democracy in the Protestant countries of the West and the USA.

Without the basis of citizenship, democracy cannot be installed, let alone a liberal democracy and not a state of law.

Pulling from 800 KW is not "greatness" but don't know how the state is built by power painters!

Does this opposition of ours have eyes to climb the throne?!

The (dis)use of independent institutions from Rama and withdrawal from the increase in the price of energy!