Detachment of officials from the pockets of citizens 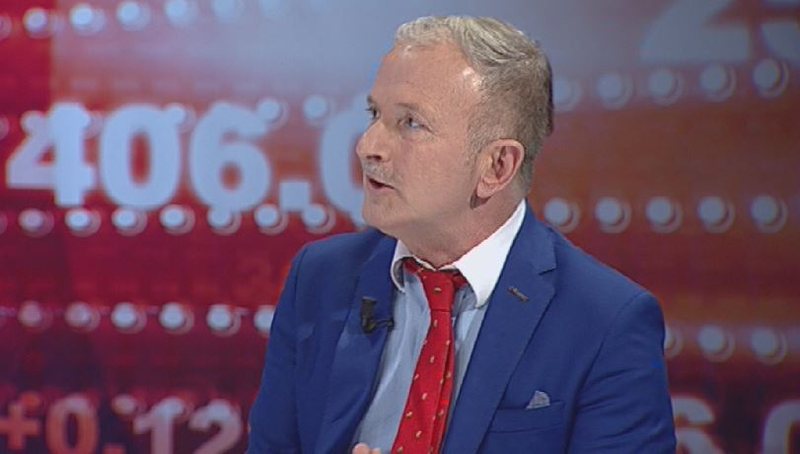 The day before yesterday, at the Congress of the Socialist Party, the Prime Minister tried to shake the members and leaders of his party from the full satisfaction of the third governing mandate and from the intoxicating perspective that they can get even a fourth, with this opposition we have today. But not a small part of the people in power of the ruling party have other accounts. They can not forget the narrow interests of party plots. They are related to them as a peasant with the land they work on. This is because so far they have not worked for the citizens, but for their own pockets. And they can not pass thus, with public incitement and call, to the great plot of public interest. They can not do it, even under duress. It is enough to look at the former mortgages, today the State Cadastre Agency. Corruption and ill-treatment of citizens continue to be hotbeds of corruption. How is this understood? First, since the establishment of the State Cadastre Agency a few years ago, citizens have not seen even a significant criminal report, against those dozens and dozens of their employees, who abusively abused the property of citizens. And they lost faith in the newly created structure and its new leaders. Secondly, in the anti-corruption structure at the Ministry of Justice, established by the Decision of the Council of Ministers in October 2021, in just four months, out of hundreds and hundreds of complaints from citizens, 85 percent of them are related to injustices suffered by citizens from the former mortgage. This structure, although composed of a few people, has committed 20 criminal reports in four months. The former mortgages, transformed into the State Cadastre Agency, have not filed any criminal charges against their employees and former employees. Even though they have their abuses in front of their eyes and in the files. Abuses that have fed tens of thousands of injustices suffered by citizens, whose culprit has not yet been found. That is why the US Ambassador to Albania, Ms. Yuri Kim, said a few days ago that "we look forward to taking concrete steps to bring the perpetrators to justice, increase transparency and close opportunities for corruption." How long will we wait as citizens, together with the US? To justify the 3 thousand inhabitants of Durrës who have abused the properties of 30 thousand families in Durrës? That these three thousand inhabitants can not be punished? Or seek reparations in other ways and with sanctions for abuse and guilt committed? And like Durrës are all the cadastres of Albania. Unnecessarily, former mortgages, today, the State Cadastre Agency expels citizens to the courts, instead of resolving their property issues administratively. The solutions that depend on them are dragged out. Intentionally, just to force them to make corrupt payments. Payment on hand, to get a right that belongs to you by law! And the citizens become corrupt, from the great sorrow they have. In the corrupt hardly! This ugliness has been reserved for the headless running of today’s former mortgages. As citizens we had high hopes from the new organization and the new people at its helm. But we were badly disappointed. This government that we have today without question has done many good things for us citizens and we must give Caesar what is his. But with the administration of thousands of citizens properties has made a big hole in the water. It has not solved the acute problem of property overlap, which instantly breeds social insecurity and even fuels crime and social violence. The State Cadastre Agency still does not have an accurate record of overlapping assets. There is a lack of complete and well-documented process of identification, reporting, placement in the database, reflection in the relevant maps and following the legal procedures of assets resulting from overlap. Lack of notification of stakeholders, orienting them towards judicial settlement, often stimulating unrealistic priority, through illegal opposition and creating delays in the first registration. All these actions were carried out deliberately by former mortgage employees and employees of today of the State Cadastre Agency, resulting in dual benefits of illegal title deeds from overlaps, unequal treatment and favoritism of one party. And it was the party that in the monstrous secret auction of abuse and corruption offered the most. That is why the Prime Minister is trying to take the officials out of the pockets of the citizens, demanding that all public services be made online and open. Readable to all.