Albania and the Greek-Turkish talks 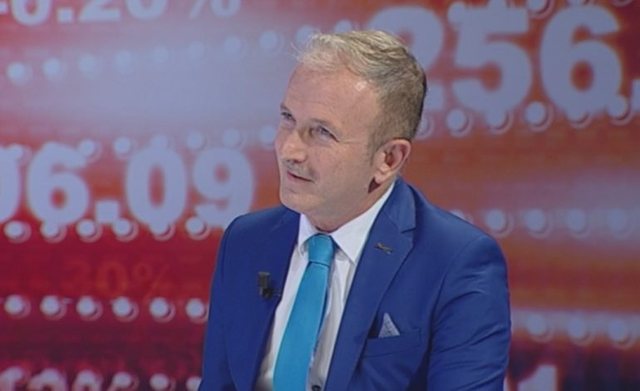 The prestigious Reuters news agency reported yesterday that Greece and Turkey will resume talks on the Mediterranean dispute on January 25 in Istanbul (https://www.reuters.com/article/turkey-greece-ministry/turkey-greece- to-resume-talks-on-maritime-disputes-on-jan-25-ankara-says-idUSL8N2JM5QL). This was easily stated by some NATO member countries (https://www.oedigital.com/news/484448-turkey-greece-to-resume-talks-over-mediterranean-sea-dispute). The fact that did not go unnoticed by NATO countries was that the Prime Minister of Albania, during his recent visits to Turkey and Greece, invested to enable a dialogue between the two Balkan countries, after the great tensions in August and October last year, regarding the oil and gas exploration activity of the Turkish ship "Oruç Reis", turned into a bone of contention. On Monday, January 11, Turkish Foreign Minister Mevlut Cavusoglu paid an official holiday to Greece to resume talks, and specifically to his Greek counterpart Nikos Dendias to meet in Tirana with Prime Minister Rama and start talks. In a communication from its Foreign Ministry, Greece accepted the invitation, but postponed the start of talks to Istanbul on January 25th. However, the trial of our Prime Minister left a good impression. Ankara and Athens tried for 15 years co-operating and resolving disputes with 60 rounds of talks from 2002 to 2016, but failed. A four-year period of freezing and suspension of talks followed, exacerbated by sharp disagreements and very harsh statements by both sides over the past year. This severity peaked in August 2020, when it appeared that the countries were on the verge of a military conflict, due to the oil and gas exploration activity of the ship "Oruç Reis" in waters that were reclaimed as territorial by Greece. Around the area where the ship was looking, Turkish and Greek warships began patrolling, under the shadow and threat of open conflict, while the ship "Oruç Reis" continued to search for oil and gas in western Cyprus. This ship has already returned to the Turkish shores and thus the apple of discord has finally been removed. Greek Prime Minister Kyriakos Mitsotakis said Athens was seeking a "fertile and productive" relationship with its neighbor Turkey, adding that his government would join the talks once they are finalized. Turkey and Greece are at odds over the location of their continental shelf (territorial waters) in the Mediterranean, energy rights in the region, airspace and the status of several islands in the Aegean Sea. The Greek Foreign Ministry said on January 9 that it was ready to talk about the demarcation of a separate economic zone and the continental shelf. Ankara has said that all issues between NATO members should be discussed, saying that this was the format before the talks were suspended in 2016. The honorable hand of the Albanian Prime Minister to help resume their peace talks , has been praised by our two allied countries in the Balkans, as well as by other NATO member countries. It is not in vain that the other invites you for lunch at his home (Greek Prime Minister Kyriakos Mitsotakis has lunch at home with Prime Minister Rama on January 8, 2021). Even the prime minister of a big friendly country like Turkey, does not undertake the construction of a regional hospital worth 60-70 million euros just to see the Turkish influence grow in our area. The Albanian offer for mediation was the right offer at the right time, as the main moderator to bring the two countries closer, Germany, had not succeeded during 2020, mainly due to distrust from the Turkish side. Although the talks failed to resume in Tirana at the time when the Turkish Foreign Minister will visit Albania, the Albanian attempt was an undoubted success. The Albanian moderation with Rama's two visits to Turkey and Greece on January 6-9 was also mentioned by the Greek newspapers "Ekaterimini" and "Protothema". Our country has a strong peaceful profile in the region, stabilized for decades now and the chances of being a promoter of talks and agreements are high. Added to this is the one-year experience of our Prime Minister in the direction of the Organization for Security and Co-operation in Europe (OSCE) during 2020.