Security of the "Non Grata Party of Albania" for second place! 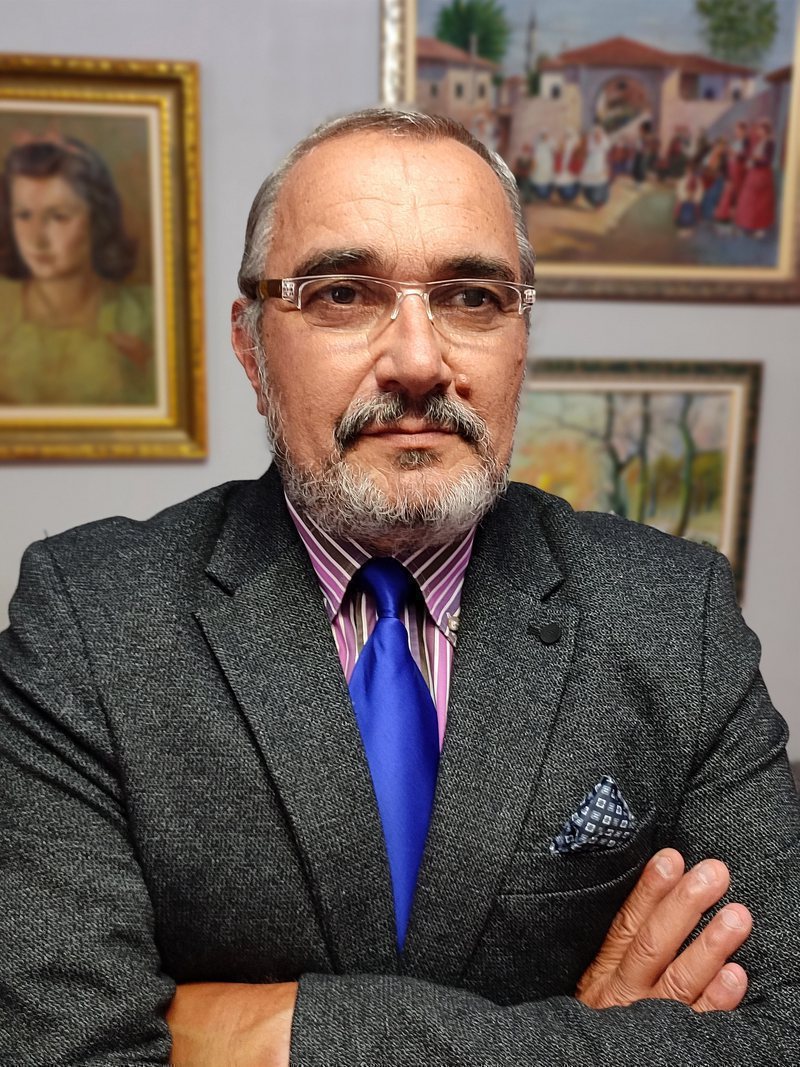 The reason for the elections obstructed by Meta and that were hastily held on March 6 was the Municipality of Shkodra! The only place where Berisha and Meta would achieve victory, given that the SP and Rama again want to forgive Shkodra to a rich individual and "strategic" ally and that Shkodra will never accept such a thing Not even the left Shkodra! The reason was for Foltorja to come out to Meta's house as the second guest in Albania! Well, Berisha with the numbers of Ilir Meta to be the "second party" after Rama! You have to beat his "pupil" until yesterday, or Lulzim Basha who had nothing to do with the Americans and ...! Berisha and Meta came second in Albania with an extraordinary difference from Rama, but they can beat Basha! This was a "strategic victory" of the two "luminaries" of Albanian political folklore! They both won together - Lulzim Brava as they call him! This was the essence of the useless and idiotic elections on March 6 and one reason was that when the third Basha came out, Duma & Salinjani and Gjekmarkaj would come out immediately to oppose Basha and Berisha! Here it is, nothing more than that, because this is where "Doctor Non grata" and President Rama ended politically! But "Doctor Non grata" has a right in front of the one who had once left followers and for this he sabotaged Olldashi and allowed his Lulzim to expel Topalli or Patoz and many others from the party! Yes, yes "Doctor Non grata" for Basha's sake, allowed some high exponents of the party to fly out of the party and with many contributions! But maybe he did well, because he had "spare tires" when he announced his rostrum and party "Non grata"! Now we have the "Doctor Non grata Party" and the "Luzim Brava Party" which occupy the second and third place respectively after Rama's party and his Renaissance! SMI is not known yes ...!? "Doctor Non grata" is intended to absorb or be absorbed by the "President's Family Party" but we will see later! Berisha may beat a "Çun Tirone" like Basha, but a Skrapar highland boy like Meta, it is somewhat difficult! Where do I mean? I mean, just like in France, the Le Pen party or the National Front is always second only to the name Le Pen, which is "Non Grata" by the French themselves for its almost fascist ideas - also and "Doctor Non grata's party" will stay second all his life not only as if he were alone, but also with Basha and Meta together because it is exactly "Non grata"! I'm saying that the "Russian Communist Party" will continue to keep Vladimir Putin in first place, because the "communists of Zhuganov and Grudin" always come second in its "Marxism-Leninism and especially the picture of Stalin when they parade! Undoubtedly, a tyrant like Putin is in power, because the second in Russia are always the Bolsheviks of the "Non grata Party of the Russian Communists"! And they are second with 19% leaving Putin in power! Why? Because it's good that Pution is already non grata but these are quite .... non grata! This is how the democrats of the "Doctor Non grata" party in Albania rejoice. Glad to be second! That they have passed the party of "Luzim Brava" !? This is their "legitimate" joy! Because no one in his head has the slightest illusion, but the smallest at all, that "Doctor Non grata" will be able to gather enough people to remove "Piktor Grata" in Albania! Only when we have a "non grata painter" then maybe the day comes for another party, but what are the parties with "non grata" it is not even a question of who can come out first! To break the SP and overthrow Edi Rama in the eyes of the people, a "Doctor Non grata" is not enough, which is more than clear that even if "Americans love him tomorrow" most Albanians do not want him ! They do not want "Doctor Non woman"! The same is wanted by the chaotic and angry militants, not with Rama but with Luli and himself! For Rama, they shout every day "Ram ik e Rama ik" and he remained in power for more and more days! The more they scream, the more Rama gets comfortable! Brava and Non women militants, they have been shouting and screaming "Rama IK" for years, but in fact the saboteurs of their screaming are exactly "Doctor Non grata and Lulzim brava"! There are all the "political dwarfs in the destroyed PD today"! In the Locksmith Party and the Folklore Party! Today PD is joining has the epithet "Party Brava Non grata" of Albania! But I wanted to clarify that the party that Berisha takes over is exactly "Berisha's Party"! And she is exactly the second party in Albania! Deserves second place! And of course it will stay there, because that's the benefit of the "Party of Zeus or Skanderbeg", as the specialists of the honorary titles in the Socialist Party say! So oh dear, because there is no more than that at our parties nowadays where people use fewer cars, heat less gas, buy less bread and fill up less neighborhood cafes! While I was writing Basha resigned !! I thought!!! Maybe Basha in the "Brava" party is doing the same as Berisha in 2013? When it is known that the protocols, decisions and the law are for the party that Basha has today and Foltore Non grata does not own.