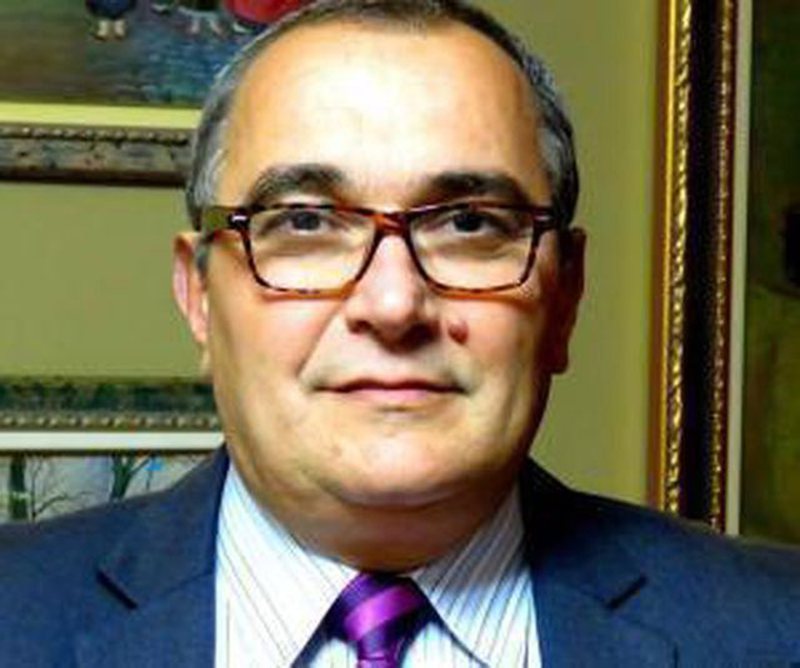 - Great shame to join the problems of the former Yugoslavia as a threat to US security! -

With a truly extraordinary attitude, the President of the United States has united Albania with the great political and strategic issues towards democracy that the former Yugoslavia, or its constituent countries, have. He amended the former Ordinances, stating that: The President of the United States of America, extends this area of ??national emergency declared in Executive Order 13219 of June 26, 2001 (Blocking the Property of Persons Threatening International Stabilization Efforts in Western Balkans), as amended by Executive Order 13304 of 28 May 2003 (Termination of Emergencies in connection with Yugoslavia and Amendment of Executive Order 13219 of 26 June 2001), noting that the situation in the territory of the former Socialist Federal Republic of Yugoslavia and of Albania (Western Balkans), over the past two decades, including the undermining of post-war agreements and institutions following the break-up of the former Socialist Federal Republic of Yugoslavia, as well as widespread corruption within various governments and institutions in the Western Balkans, have hampered progress towards effective and democratic governance and integration. full in transatlantic institutions and thus extraordinary poses a significant threat to the national security and foreign policy of the United States. Nor does it need to be clarified beyond that. What is noticed is the unification as a threat to the national security of the USA and Albania through its corrupt people. It is now clear that Albania is on its path to democracy, a shameful union with the former Yugoslavia and those who want to understand it know that this is expressed in an "anti-Americanism" that translates into a "Russian nose" in the region, including Albania. It is clear that it comes after "non grata" for Berisha and it is also clear that there will be spectacular moves by the US administration to cure an already sick (cancerous) situation created by more than four years of the previous US administration in the Balkans. It is clear that corruption, even if endemic in Albania, does not start and end with Berisha, but he is already a factor of destabilization in Albania. But there is also substantial anti-Americanism in the region of the former Yugoslavia and it is unfortunately leading in Albania as well. In fact, a major problem for us is the attempt to lose the principles and trust in the strategic alliances of a large part of the corrupt political leadership and the clear shaking in society by the corrupt threat metastasically spread throughout its body. Yes, including institutions, social organizations and people in general. The day has come that is being discussed as before - the moral as the fool and the thief as the master. Or the principled as an enemy and violator of the law and rules as a "friend of corrupt parties and societies" politically beneficial. It is the day when the corrupt are honored and the uncorrupted are fought as if they were "the scabies of society today." Undoubtedly, the American administration is already overburdened in Albania, equates it with the "fragile state" of the former Yugoslavia as with corruption and anti-Americanism or pro-Russianism on the path to medemek - integration, which is becoming more and more impossible with such a great disease of corruption everywhere in the Western Balkans. Of course, this also poses a threat to the weight of the US in the Balkans in question and a threat to their national security. The Albanian has already made a habit of disagreeing with what he says or does differently or I take it as an example, but he has a big downside: he often disagrees not even with himself. The Albanian does not agree with himself on the path he has chosen to take in democracy. So the Albanian (society) once agreed that he would move forward through honest work. But today that has changed in large parts of society. The most "honest job" for someone seems to be planting and selling cannabis. The Albanian does not agree with himself on the proper attitude towards the principles of law enforcement and international alliances, placing above them the narrow party and personal interest everywhere in life. And of course this is part of the act of corruption in the enriching logic and living in controversial honesty. Part of society already disagrees with living without corruption. This stupidity, makes him disagree even with himself. Of course, it is not a problem that he does not agree with me, but the Albanian has already started to disagree with himself. He may disagree with me, but it is very bad that he often comes out - not agreeing with himself. By obeying corruption and living under corruption, by trusting the party and not Albania, believing only in profit and not in the principle of democracy, believing in political immorality and not democracy - the Albanian no longer agrees with himself either. Certainly not everyone, but a large part of society. The announcement (order) of the unification of Albania with the countries of the former Yugoslavia as a basic control for the conception of a threat to the security of the USA is a great shame for us. We should never join the countries of the former Yugoslavia. Yes, they are with their acute ethnic and racial or religious problems that we do not have. But we have lost the principles we believed in in the beginnings of democracy by not even agreeing with ourselves. What I am saying: it is good that we do not agree with the other side, but neither with ourselves in a former pro-Western, pro-democracy, pro-freedom and pro-law oath. This is unforgivable.

Why is the Albanian approach to the diaspora appreciated?

Partner in the Balkans for the EU can not be corrupt political individuals!

History is both enriched and rewritten, but on the basis of documents, not with lies and amateur logic!

The basic criterion for mayor, the one who declares Rama an enemy!

Where are we going with this anti-education?

The protesting society "I am a socialist and a ...

The world makes us "birds", the state is a spec...