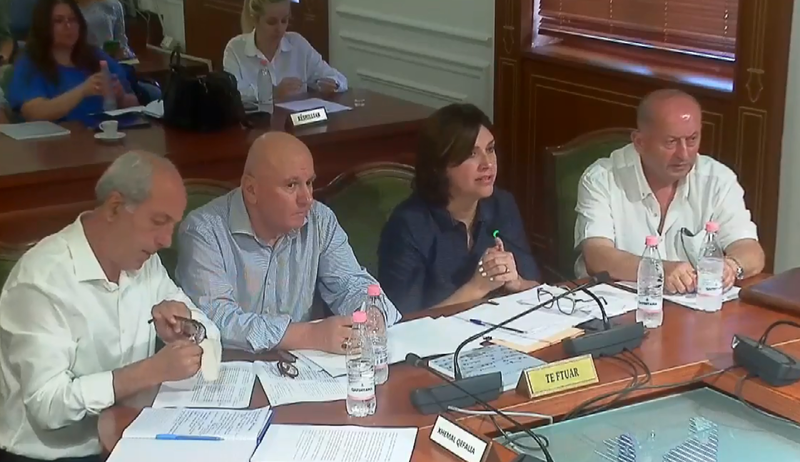 A total of 71 spies of the former State Security tried to become part of the new justice, the police and the ministries, but in the end it seems that they only penetrated the Assembly, because the deputies excluded themselves from the verification. "SOT" newspaper has learned that out of 140 MPs, only 10 legislators have shown interest, and it is learned that they have applied to get acquainted with the image purity file at the Authority for Information on the Documents of the former State Security, known variously as the Commission of Files. It is learned that the MPs in question have appeared near the offices of AIDSSH, while they have withdrawn their personal files, getting to know their past and therefore to find out if they were part of the former State Security. We inform you that as far as the Assembly is concerned, the deputies have exempted themselves by law from the verification. For deputies, verification is voluntary. For the parliamentary elections of 2021, only 161 candidates from four political parties have submitted the request for verification. From the verification, 5 candidates were found to be related to the former State Security. The Dossier Commission does not provide information on whether these 5 candidates have been elected MPs or not, but the fact that only 161 candidates have asked to be verified, out of 1841 candidates for MPs in the 2021 elections, is likely to have spies and former members in the current Assembly. State Security.

71 former state insurance officials applied for a place in SPAK

However, as the suspicions increase that many former security officers are already part of the Parliament of Albania, a total of 71 candidates for deputies and mayors, candidates for important positions in SPAK, the Police or part of the judiciary and officials who have applied for an increase in office, have resulted in files as collaborators of the former State Security, employees of the former Security and members of judicial structures in the political processes of the communist regime. From 2017 to the end of 2021, the Authority for Information on Former State Security Documents, variously known as the Dossier Commission, has verified 2,189 candidates prior to election, appointment and promotion, of which 2,118 have been cleared. and 71 related to the former State Security. This interesting detail was revealed yesterday by the head of the Dossier Authority Gentiana Sula in the Committee for Legal Affairs, Public Administration and Human Rights during a hearing on the annual report of the activity of the Authority for the Right to Information on the Documents of the former State Security during 2021. During her speech, Sula added, among other things, that from 2017 to the end of 2021, a total of 2185 individual requests, 459 media study requests and 876 requests for compensation or for confirmation of deportation were submitted to the Authority - expulsion. "24 cooperation agreements have been signed with partners inside and outside the country. In five years, a total of 2,189 candidates were verified before appointment/promotion, as well as candidates to be elected deputies and mayors, where 2,118 are without documents, while 71 candidates have documents from the former State Security", declared Sula. Meanwhile, "SOT" newspaper has learned that out of the 71 people identified as connected to the former State Security, 13 tried to become part of the dome of justice, specifically in SPAK, BKH, KLP, KED, KLGJ, ILD, Prosecutor, etc. Meanwhile, 6 people with files in the former State Security have applied and competed to become part of the State Police.

"A real massacre with 10 dead and 6 injured", Berisha reacts to the serious crime: I condemn this ugly criminal act with the greatest severity!

The project for the Port of Durrës/ The well-known MP sheds light on the behind-the-scenes: The government's corrupt affair, an unfortunate pit bigger than that of the incinerators. Whose hands is it in?

After the blacklist of 27 people, London warns that it will declare "non grata" other Albanian politicians and businessmen, increasing anxiety for the corrupt, who is at risk

"A big trouble pushed Rama to change his direction", Kelliçi reveals new facts about the great close: Here is the well-known name that gave him 22 million euros for an unsolicited proposal. This scribble has been published in the official gazette

The "hot" September of Albanian politics, from the return of Basha, to the expulsion of Berisha and Meta from the Parliament through the files and "non-women" law, here are the behind-the-scenes

The "war" between Veliaj and Meta heats up: I used to sell figs for a living, he spied on his friends, he has nostalgia for Tirana of the fuks and confuses it with Kabul

"SPAK to investigate Ahmetaj", PD comes out with the urgent call and reveals the behind the scenes: Here's what he signed three days after he was fired from the post of deputy prime minister