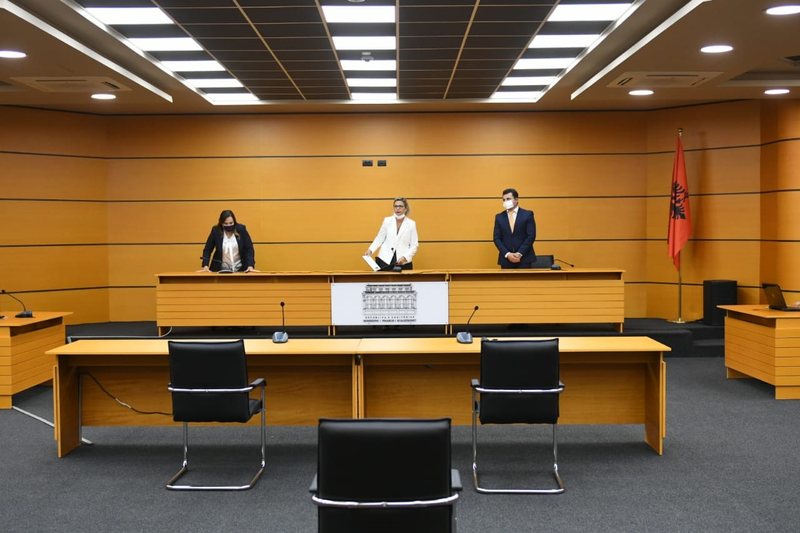 Judges and prosecutors left in the vetting run the risk of being prosecuted. Last year, their investigation was set as a condition, but so far the SPAK and the district prosecutor's offices have prosecuted very few people, while most, even though they have been caught hiding property, continue to enjoy the money. In the progress report published by the European Commission two days ago, a long chapter is devoted to vetting and it becomes clear that after the re-evaluation there should be criminal prosecution. "Verification institutions should make referrals to prosecutors in cases where there are indications of criminal offenses. To date, 23 files have been submitted to the Special Prosecutor's Office, including 10 cases involving former Supreme Court judges and the Constitutional Court. Of the 23 cases, 21 investigations are ongoing, one investigation has been closed and one has ended with a conviction. "Meanwhile, 10 cases have been referred to the district prosecutor's offices", the report states. So in total we have 31 names under investigation where 21 are in SPAK and 10 in districts. Meanwhile, the report states that a property investigation is being conducted for these individuals. If this recommendation is implemented, then we should have investigations for about 140 other names. According to EC data, 176 judges and prosecutors have been fired so far. "As of September 15, 2021, verification institutions have completed 437 verification cases. Out of 437 decisions, 298 decisions are final. Overall, about 62% of cases so far have resulted in dismissals and vetting closures due to resignations. The division of first instance decisions is as follows: 176 dismissals, mainly for cases related to unjustified assets; 161 confirmations in office; 96 decisions on the completion of the verification procedure; 2 decisions for the suspension of the process ", the report emphasizes.

The EU demands investigations into the corrupt

While the report initially provides an overview of the situation, below the EU has set a condition for the investigation of those left in the vetting who have been found with problems. The EU recommendations are: Albania to continue to strengthen the fight against corruption; ensure that the SPAK, BKH and the special court deal with high-level corruption; ensure that there are ongoing and systematic criminal proceedings against judges and prosecutors that vetting has found to be in violation. "Albania has a level of preparation in the fight against corruption. Overall, the implementation of the Anti-Corruption Strategy is on track. Although vetting of members of the judiciary is an administrative process, it is yielding results in the fight against corruption as judges and dismissed prosecutors, who as a result of verification, have been brought to justice. Albania has made further efforts to set a consistent record in the fight against corruption, although it remains an objective that requires political will. "Sentences in cases involving high-level officials still remain limited, fostering a culture of impunity within the highest levels of the state," the report said.