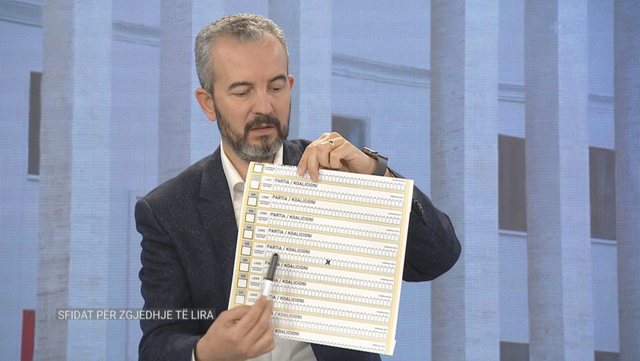 State Election Commissioner, Ilirjan Celibashi has explained in the show "Absolute 4" how voters should vote in the April 25 elections.

Celibashi showed the 3 right ways to vote, adding that any other kind of voting makes the ballot invalid.

We put the cross on the party and if we choose a candidate we put the cross on the number. 2 candidates from the same force cannot be voted. We can not vote for the political party and for the candidate of another entity. The third option is when you only vote for one candidate, but you will not choose the party. This ballot is valid but the candidate's vote also goes to the party. "Any other way of voting outside these options makes the ballot invalid", said Celibashi.

Lefter Maliqi reveals Rama's scenario, shows what is hidden behind the move to dismiss Ilir Meta