Will you support the separation of Albania from North Macedonia? The Dutch Prime Minister reveals his position 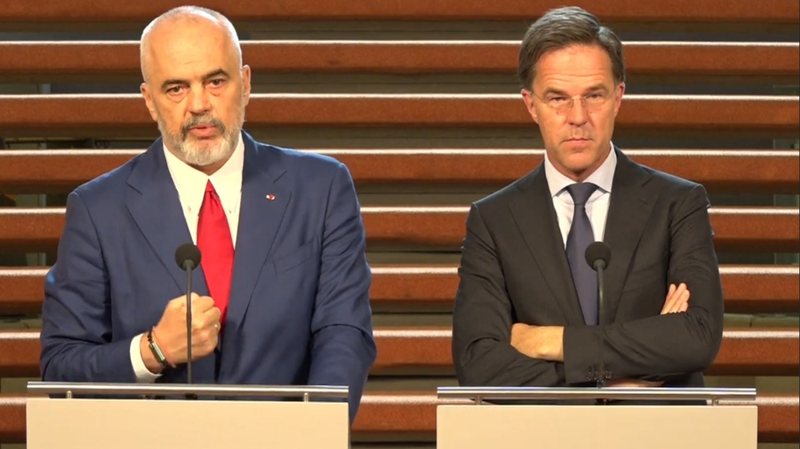 Dutch Prime Minister Mark Rutte expressed optimism that North Macedonia will accept the French proposal and therefore it will not be necessary to separate with Albania in the integration journey.

At the joint conference with Prime Minister Edi Rama in Amsterdam, Rutte once again called on North Macedonia to accept France's proposal. According to him, if this does not happen, then EU leaders can agree to start talks with Albania separately.

"We have never been in favor of the separation of Albania and Macedonia. There is a widespread opinion that they should not be separated, many things have been done. There is an optimism that North Macedonia will accept the French compromise, everyone wins and loses something, but at least it is a fair result.

If, and I hope not, this does not receive the support of Macedonia, it will receive support in Europe to start the talks only for Albania. Let's hope it won't be necessary," said Rutte.