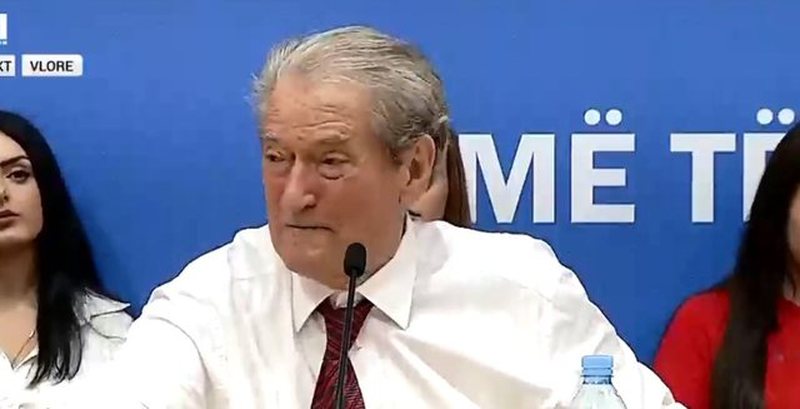 From "Foltorja" in the city of Vlora, the founder of PD Sali Berisha has claimed that he was forced for this active return to the party.

He said, among other things, that such circumstances, wake up from the grave.

"I had decided never to return, but such circumstances wake you up from the grave if you are. Anyone can ask? Does the doctor have this for himself? I tell you absolutely no, and I will argue it very briefly. On May 19, in a more political way, the most vengeful was declared non grata for corruption a man that even my opponent when he campaigned told them that he is not corrupt. Without having any documents about my corruption. And what did I do? Did you accuse me? I will now face you in court. The one I would face was one of the 2-3 most important people in the world. And from '91 until I stepped down I have met every Secretary of State of Republican or Democratic administrations in the US. I was accused of opposing Soros' project and not only his plan for the partition of Kosovo. I did nothing else, directly in court, in Paris. My American friends told me it is political, as the law cannot catch a man after he has left duties. The law is for the officials, not for the former officials ", said Berisha from Vlora.