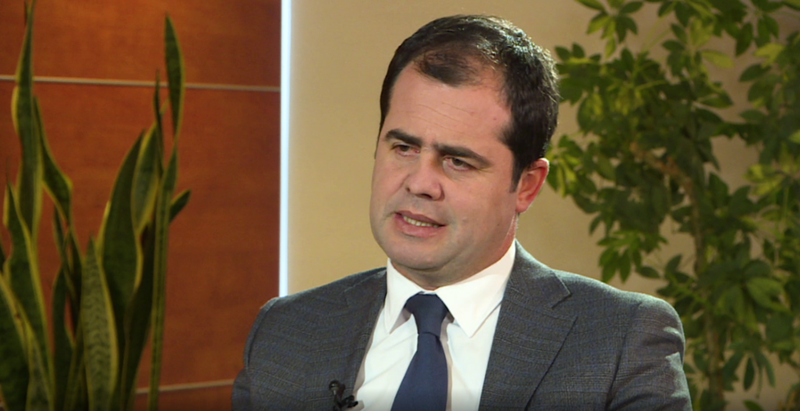 Democrat MP Oerd Bylykbashi, who is part of the Commission for Re-establishment of the Democratic Party, commented last night on the tense situation inside the blue headquarters. He talks about Lulzim Basha's tense relations with the PD allies, and the way he, according to Bylykbashi's judgment, used them for his purposes of power.

Starting with the SMI, which seems to want to enter into a coalition with the Re-establishment part.

"We have had an extraordinary cooperation for a long time. Basha was the leader of the opposition, and led after the 2017 elections a campaign where he left nothing undone against the SMI, as if they were the opponents and not the SP. A few months later, he took them into the coalition. "People have to be real, even though Basha has no problem with that," says Bylykbashi.

He goes on to give examples, which are also related to the rise to power in Basha's DP, which he describes as "the rising star that fell quickly, his tail also disappeared". For him, "apparently Basha has been in bad faith with the allies, and all of them have expressed frustration at how he behaved with them, a sui generis model of Mr. Basha, who should not be followed by anyone."

But Bylykbashi shows that the same strategy was used by Basha within the Democratic Party. "After Basha was elected in 2014, we have a collegial period, but after the death of Mr. Olldashi, who was also his very strong opponent, this collegiality disappeared within a month. The debates were strong, as were the opponents with a great deal of experience, so he brought together economists, lawyers. Sometime in December 2013, collegiality fell, and I was impressed. "He no longer had a rival."

Bylykabashi clarifies the reference of 2018. “I am not able to talk about this fact, because they did not happen in my presence. But the facts say that in the fall of 2018 the funding scandal broke out in the US. It is 750 thousand euros for a photo, which is considered political funding in that country. Let us not forget that the one who helped Rama for the photo with Obama for a value 10 times less was sentenced to prison, even worse when the financing company had a Russian owner. "I can not speak in detail, but I know that there is an investigation in Albania that can be reopened with new facts", he says.