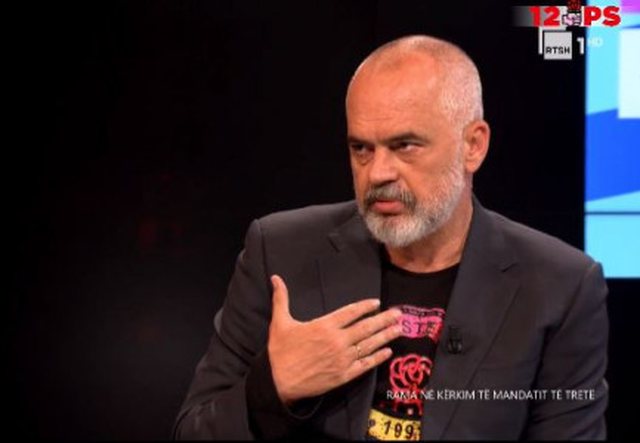 Prime Minister Edi Rama, invited to the show "In front" of Lutfi Dervishi, commented on the accusations of the opposition for using the data of citizens, obtained from E-Albania, for political purposes.

Rama said that the Socialist Party really works with a patronage system, work which it has started before the 2009 elections, but by collecting data door to door, not by stealing them from the e-albania portal.

Question: How concerned are you as Prime Minister that the sensitive data of Albanian citizens are already public and the accusations are that a system set up under patronage has the data of citizens in hand?

Rama: Today I was told who came out on behalf of the Democratic Party and claimed that the ANA data is not a database that anyone can take and take where they want, because the ANA does not deposit data integrated, but there are services that are interfaced. This has nothing to do with the ANA.

What should we say that with the call centers of Agron Shehaj, he drove this millet crazy with phone calls. Today in the office, all the people in my office had been telephoned for several times by the PD and have the entire phone database. All parties do the same everywhere in the world.

We have been working for many years with a system called the patronage system and it has been since before the 2009 elections that we collect data door to door, in whole blocks and then jump through the databases.

Even last, that Exel that came out there is very backward and very old-fashioned to be of the SP.

Prime Minister Rama entrusted him with the important post, the first reaction comes from Bora Muzhaqi

On the Night of Honor, the Speaker of the Assembly congratulates the Muslim believers