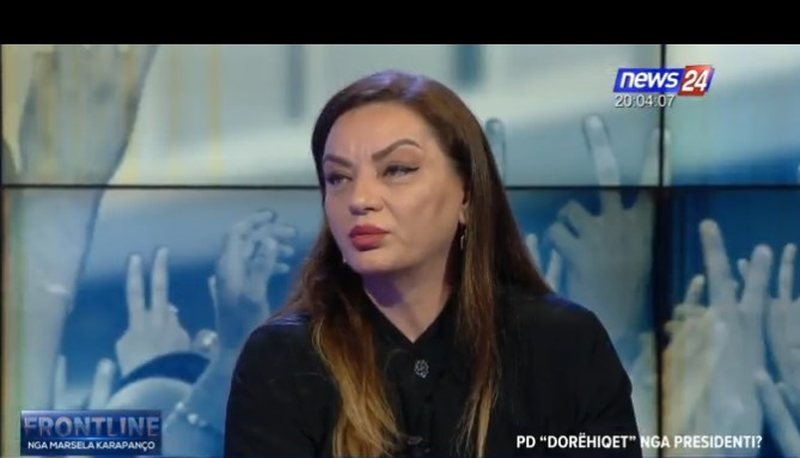 Democratic Party MP, Albana Vokshi, invited to the show "Frontline", has answered the question about how the three groups of MPs that have been created by the clashes in the blue headquarters will unite.

Vokshi responded to moderator Marsela Karapanço saying that she and the Re-establishment Group are in favor of unification and there is hope that sooner or later this will happen.

"The real opposition is only a few deputies and I have a lot of hope. We want to be together and I hope we will be together. We are open, we have opened the doors every day ', said Vokshi.

But she further added that in these moments the real opposition belongs to those who voted in the elections for the leader of the Democratic Party and that the deputies led by Alibeaj should go to meetings with the base and listen to the problems of the Democrats.

"43 thousand have come out to vote for mayor Sali Berisha. We will not listen to this pseudo-opposition of Edi Rama. Most of these MPs who took part in the race were there sitting with the base and were part of the process. I invite them to listen to the voice of the voters from whom they come and not the voice of Albana and Sali. "They should go and sit with the Democrats and take their voice to the Parliament", said Vokshi.