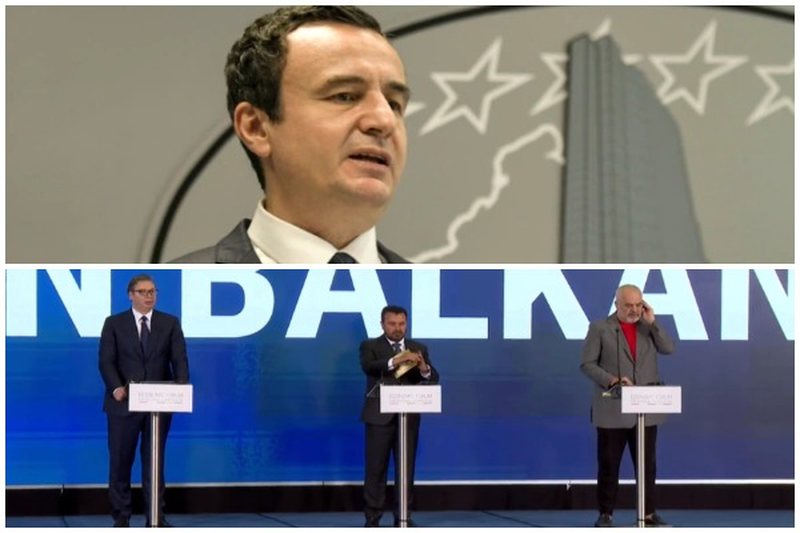 The Prime Minister of Kosovo, Albin Kurti, on Sunday gave a statement in response to the words of Prime Minister Edi Rama, in the "Open Balkans" initiative.

Kurti said the initiative resembles a "Balkans open to Eastern influences" rather than a common market initiative for countries in the region.

According to Kurti, this initiative, which includes Albania, Northern Macedonia and Serbia, should be accompanied by a confrontation with the past of Serbia, and its president, Aleksandar Vucic.

He added that Serbia has caused four wars in the last decade of the 20th century.

"I can not say that I am enthusiastic about the name 'Open Balkans', because being there the leader of Serbia who does not face the past of his country and himself, 'Open Balkans' looks more like The Balkans open to influences from the East, especially from the Russian Federation, but also from China, as well as the Balkans open to autocracy, to corruption, to war criminals who, as we all know, continue to be massive, not only free in Serbia, but also not a few of them in power ", said Kurti for the media in Prishtina, after participating in an event organized within the Book Fair.

The three leaders invited countries in the region to join the "mini-Schengen" initiative, which was renamed the "Open Balkans". The Prime Minister of Kosovo, Albin Kurti, did not attend this meeting.

According to Rama, Vucic and Zaev, the "Open Balkans" aims to create a common market for the countries of the Western Balkans region./REL