Lulzim Basha's ally makes the rare account of the communist system: I worked as a bricklayer, my father would have assassinated Mussolini! 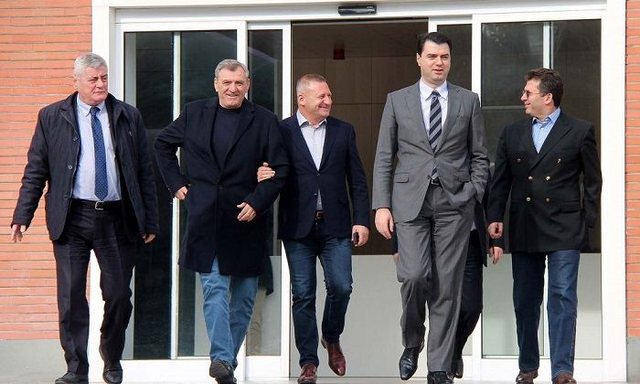 The leader of LZHK, Dashamir Shehi has told the story of his father, who was persecuted for some time by the communist system.

He told the show "Opinion" and the story of a group of Albanian students, including his father, who would assassinate the then Prime Minister, Benito Mussolini in Turin. According to him, this was the reason why his father was returned to Albania, where he was imprisoned for two years.

"A group of Albanian students drew lots to assassinate Mussolini. It is in all the books of Italy, only in the books of Albania it is not this. Because they suspected, when Mussolini paid a visit to Turin, they took them and took them to Tripoli, Libya, ostensibly for a visit, to remove them. When they returned, they were identified, two or three were arrested, they were tortured, they told. They were tried in Italy, they were tried in Albania, he and his father spend two years in prison here. After his release from prison he was interned in Italy for three years until they intervened in Sicily, releasing him. The father returned. Inside the prison they became politicized, some became communists, my father returned as a nationalist. This man has made all the sacrifices that an Albanian can make. "He was not arrested because he escaped", said Shehi.

The sheikh recalled the years of life in the communist system. He said that he has been out of work for 4 and a half years, while adding that he has done some work as a bricklayer, carpenter or tailor.

"I was out of work for four and a half years, I worked as a bricklayer, carpenter, tailor and paid for cigarettes. I learned to sew with each other. If you have craft talent you get used to it. I worked one night and lost 100 lekë and surrendered. "Every time I had contact with the money I lost it", said Shehi.

Ilir Meta in panic from the new justice, attacks the reform and the internationals, the citizens break the scandals and bring it out "discovered": Steal the gold! You should have been behind bars