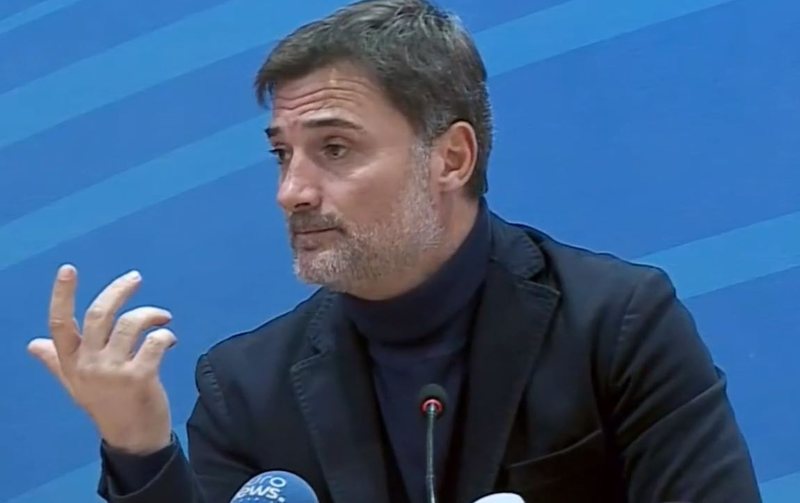 Invited to the show "The Unexposed" on MCN TV, Shkullaku explained Alibeaj's protagonism in the media and the fact that he behaves like the leader of the Democratic Party, with a mental shock that happens to people, when they suddenly see themselves in front of the spotlight and start believe in the role and importance assigned to them.

It is a phenomenon that can not be easily explained. It is not only a political phenomenon, but also a psychological one, it is also related to the mental state. We have also seen in other people, when you are filled with the mind that represents what someone has appointed you for, but you have not received and won.

I have respect for Alibeaj as a politician and I have not heard accusations against him for scandals, but putting him in the spotlight and projectors, causes a kind of wavering.

Speaking on behalf of a group that no longer exists is more of a mental and delusional problem than a political one. You see all those microphones in front, you see those ambassadors, it looks like you will be the leader of the future. It is also broadcast on television, when you go home you think you are someone. It is a phenomenon that we have seen constantly in Albanian politics. Remember that even Eduard Selami in 1996 thought he could beat Berisha. This is the psychological aspect.

The political aspect, I see it connected with two moments. The lack of legitimacy forces Alibeaj to project their presence there, through acceptance by Rama. Rama treats them as a party and the need to be a party, when you do not have votes from the people, is assigned to you by Edi Rama.

Rama has played a kind of game, come here to Taulant and Spiropali for the President, if you want us to know you, also appear on TV.

What are these people going for in the Presidential negotiations? Are we convinced that Rama will appoint the president? We still do not know the name. The name does not come out because the name will come out in the last round ", said Shkullaku in TPZ, among others.