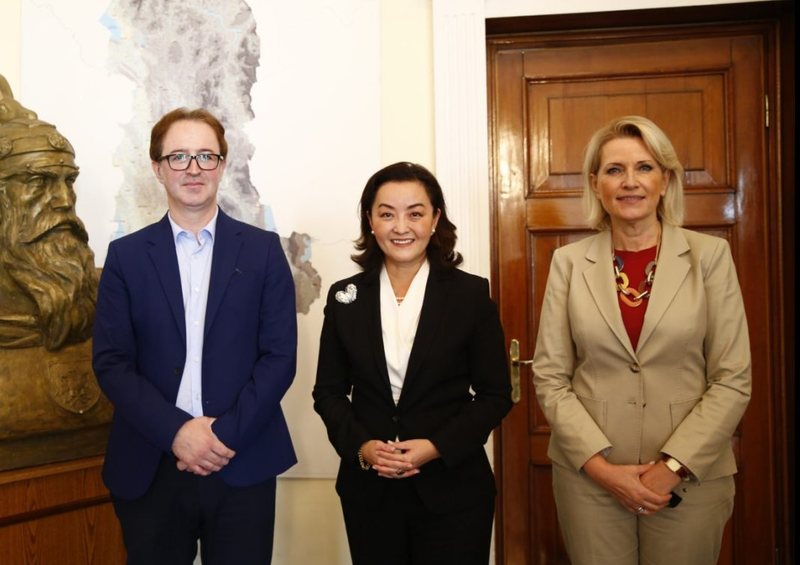 The Ambassador of the United States in Tirana, Yuri Kim met today with the Chairman and Deputy Chairman of the Parliamentary Committee on Foreign Affairs, Mimi Kodheli and Tomor Alizoti.

The meeting comes just a day after the presentation of the EC progress report on Albania, and the call of the US Secretary of State, Antony Blinken for the opening of negotiations for Albania's EU membership as soon as possible.

"Ambassador Kim met today with the leaders of the Parliamentary Committee on Foreign Affairs, Speaker Mimi Kodheli and Deputy Speaker Tomor Alizoti. They discussed the next way to strengthen cooperation between the United States and Albania in the areas of democracy, defense and business. Ambassador Kim expressed the United States' appreciation for Albania's extraordinary decision to temporarily provide a safe haven for displaced Afghan citizens. She also reiterated US support for Albania's efforts to join the European Union, noting Secretary-General Blinken's recent statements calling for the opening of negotiations as soon as possible. Ambassador Kim, Speaker Kodheli and Deputy. President Alizoti agreed to work closely together to advance the implementation of justice reform; strengthening cooperation in the field of defense and capabilities of Albania as a member of NATO; and increasing trade and investment between our two countries. "They agreed that, whether in Tirana or Washington, the importance of the partnership between the United States and Albania goes beyond party policies," the US Embassy in Tirana announced.