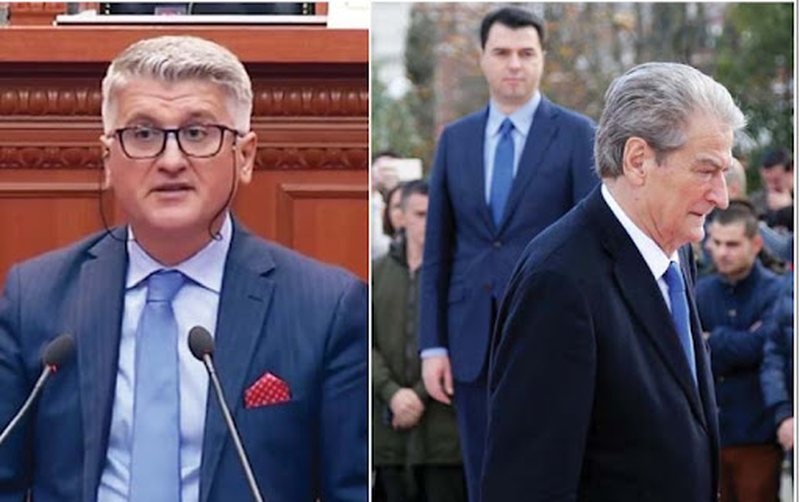 The Chairman of the Media Commission, Agron Gjekmarkaj, responded to the former Prime Minister Sali Berisha, who the day before attacked the analysts who support Lulzim Basha and for whom he said that they go to the mosque to wash away their sins.

"The whole propaganda machine of the government has rushed in defense of the head of the jellyfish. Analysts, led by Baton Stanisic, are another small group who have sold their souls to the devil, to their pockets, vomiting venom all week. They go to the mosque on Friday to wash away their sins, in fact sinners come and go, we leave their work to God. We do not deal with them. From studio to studio. "They are the last thunders of Edi Rama and Basha hostage to extinguish pluralism." - declared Berisha.

But this statement of Berisha, according to Gjekmarkaj, is an unnecessary attack and that this topic of debate should not be an issue of the DP.

"Since its formation in December 1990, the Democratic Party has the great historical merit that, together with political freedoms, contributed to the return of religious freedoms, remaining at its core a secular and secular party. The relationship with trust is something personal. Faith is not just a form or dress but above all it is a brand, inspiration or meditation. There is no reason for Faith issues to emerge from cult institutions in public squares or involve political parties in debate. It is essential that no one's right to exercise their rites is violated, to believe what they want, to be converted and denied, without attempting to impose on anyone, in short, freedom to remain so. It seems to me an unnecessary obligation to attack or defend those who go to church or mosque,

This political formation and its President must be clear that they represent the Albanian citizens and not the religious brotherhoods, neither those in favor of Erdogan nor those in favor of Gülen nor those Catholic or Orthodox !! The Democratic Party has entered a deep crisis because it is implementing a US decision for its former leader Sali Berisha to maintain alliances with the West! In this context she must be honest to the end! You can not love the West out of fear or sorrow, and you can not defend its values ??with people who hate it or eat baklava when calamities befall it. Even with them you can not defend yourself from the debate with Sali Berisha, whom we can not accuse of lack of secularism.

The DP is neither a party of the Mosque nor of the Church without lacking respect or legal guarantees for those who serve humanism, faith and coexistence in harmony. Albanians are neither Turks nor Greeks nor Slavs nor Italians, just Albanians. First blood and language then religion. Surveillance of any extremist group should not happen now or in the future. "The DP must maintain a hygienic distance from any attempt", emphasizes Gjekmarkaj.

"He wanted to take the PD headquarters with fratricide, he sent people ...", Roland Bejko cracked the strong statement about Sali Berisha

"Is this stupid or does he know something we do not know", Evi Kokalari harshly attacks Lulzim Basha and cracks the strong statement: Albania is led by ....