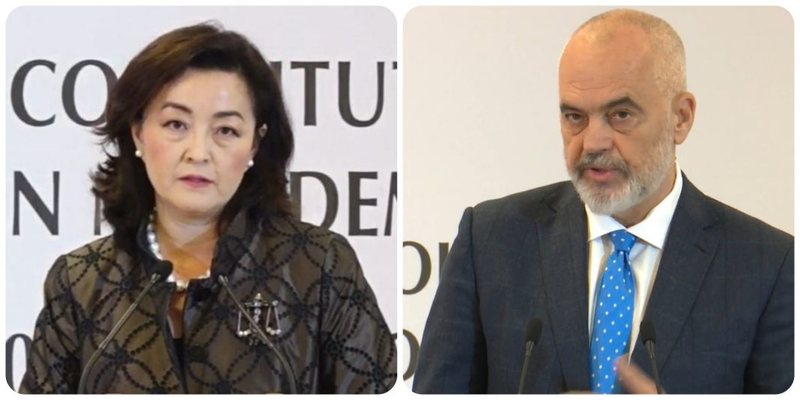 Journalist Lavrdim Lita says that the American ambassador, Yuri Kim, has made many enemies in Albanian politics. In an interview for Euronews Albania, Lita said that she has been called a Soviet ambassador by the chief democrat Sali Berisha, has been mentioned in non-serious conversations by the head of the Freedom Party, Ilir Meta, but there have been reactions from the government in several cases.

Regarding the announcement published by the Ministry of Foreign Affairs regarding the start of the procedures for the replacement of Yuri Kim, Lita called it something unusual, which had not happened before.

According to him, the Albanian government has recently had friction in the American embassy in Tirana, due to the election of the new head of SPAK, but also issues related to corruption.

"It is unusual. In institutional memory, it has never happened before that the Ministry of Foreign Affairs responds to the media about an internal issue of the American administration, who it appoints as ambassador to Albania. I don't see where the interest of the ministry is in this case, to answer the Albanian media, because it has not answered the previous questions and requests about Amant Josif and about a number of other issues such as the golden passports or the Port of Durrës. which violates the SAA with Albania. It is not understood why there was this haste or action on the part of Minister Olta Xhaçka.

The Albanian government has recently had some friction with the American embassy in Tirana, due to the elections in SPAK and political interventions in the procedure of electing the new leadership and a number of other issues related to corruption. Her mandate ends the day she leaves Albania and is replaced by the responsible person or by a decree of the US president. I think there will be a reaction very soon from the American embassy to clarify this problem, a very urgent thing. We have been talking about the departure of Ambassador Yuri Kim, who has made many enemies in Albanian politics, for a year and a half. She is called a Soviet ambassador by Sali Berisha, she was mentioned in not very serious conversations by ex-president Meta and there were reactions from the government in a number of cases where she was treated with animosity", he emphasized.