The battle for FSHF intensifies, Rama reacts to the wiretapping, Veliaj tells Duke that he can not be invulnerable 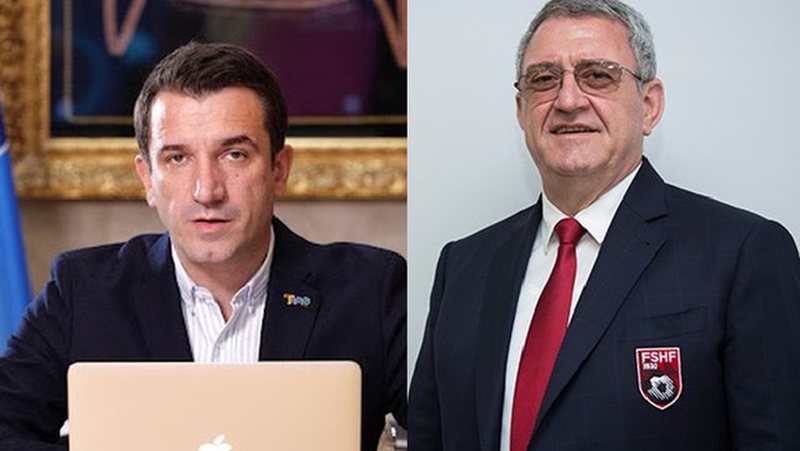 The conflict between the majority and the Albanian Football Federation is deepening. Yesterday, Prime Minister Edi Rama also reacted to this issue, through a post on social networks. Rama writes that he hates wiretapping in non-public settings and that they should not be taken as a basis. The Prime Minister declares that he does not even intend to hear that wiretapping. "I hate the interception of conversations between people who speak in a non-public environment, which in my opinion can never be taken as a basis anywhere, neither as evidence of guilt nor as evidence of truth, because the context of informal communication without gloves is different, the context is different. of public display of a wiretapping, therefore I have not heard it at all and I do not intend to listen to it, so since I gave you this whole explanation now please fill in the questionnaire with your opinions by clicking ", writes Rama. Meanwhile, the mayor of Tirana, Erion Veliaj has sent a message to the head of the Albanian Football Federation Armando Duka. While participating in the conference held yesterday for the "Internal control system in the good management of public finances", Veliaj stated that the head of the ALF can not be untouchable. He stressed that UEFA and FIFA are the best example of who abuses, is brought to justice. "Independence and inviolability are two different things; you can be independent, but you are not untouchable. And since FIFA and UEFA are in Switzerland, the biggest lesson actually comes to us from Switzerland, where the fact that banking secrecy is kept, personal data, that respects human rights, does not mean that people are inviolable, even if they are VIPs. of football. You can be a great footballer like Platini, but Switzerland does not give you immunity.

Veliaj sues the leaders of FSHF

Meanwhile, the mayor of Tirana, Erion Veliaj, sued yesterday for abuse of office, forgery of documents and computer network, the leaders of the Albanian Football Federation. In the capacity of shareholder of the Tirana Football Club, Veliaj accuses Ilir Shulku, acting General Secretary of the Albanian Football Federation, and Ardian Haçi, acting General Secretary of the Tirana Regional Football Association, of manipulating the elections for the head of the Tirana Regional Football Association. "In the environment where the meeting was planned to take place, there were 67 members out of 41 who should be, where 24 members were anonymous persons (illegal delegates) illegally selected by representatives of the ALF,