Balla shows when the works for the two commissions start and gives the clear message: There will be no President from the ranks of ... 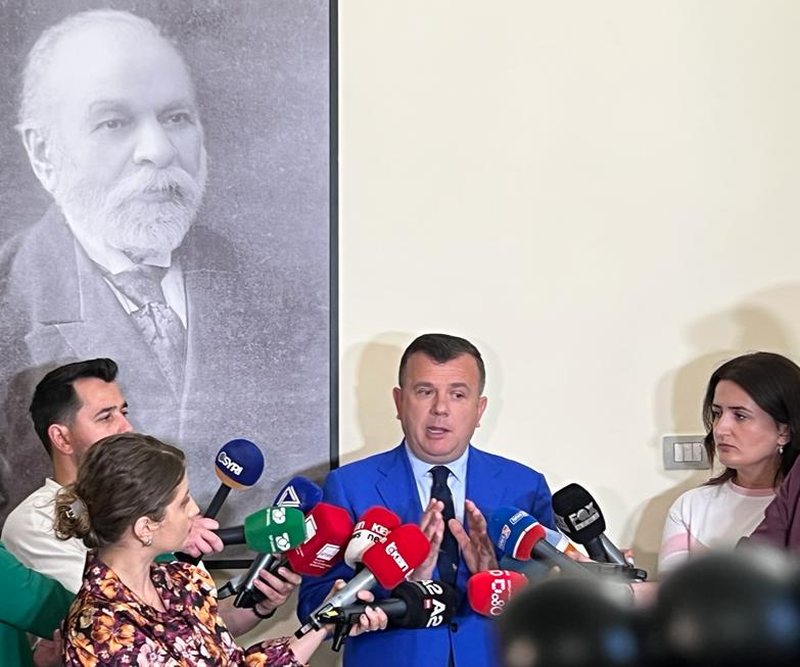 The head of the socialist parliamentary group, Tulant Balla, said in a press release that he expects proposals from the opposition for the new President until the third round, while he categorically denied the involvement of the People's Advocate.

Balla also ruled out the possibility of the next head of state being a name proposed by the current parliament hall.

"Until Sunday at 18:00 there will be no proposal from the SP. We have agreed that we will not nominate candidates until the third round. 10 days ago in one of the public meetings, we discussed and said that until the third round will be the spirit of this document where they have the right to pose. They bring you a list of concrete arguments and we discuss it. This did not happen. Then on Tuesday this was fully clarified.

All the misunderstandings that have been had have been clarified. I told them, we will continue to dialogue with other opposition groups in a necessary process. I do not find it appropriate that the DP, as I was informed, has taken the decision to insist on the option with the People's Advocate. That variant is not used for the President of the Republic. Where has our attitude changed or violated the agreement? A closed list to be cap imposition is not formula. The Constitution imposes negotiation. The chairman of the Socialist Party, Rama has been direct in the discussions made where he said that we exclude a President from the parliament hall ", said Balla.

Balla further welcomed the establishment of election commissions for Territorial and Electoral Reform by the DP and said that work will begin soon.

"In mid-February, we approved the establishment of the Commission in the Assembly. We have been waiting for a long time for the opposition to bring the names. On Monday they will bring where the names will be deposited, and in the first session we will approve the names and very soon we will start. "We have given our approval to the commissions and I welcome the fact of the establishment of commissions by the opposition", concluded the leader of the socialist group.

"Why is the procedure dragging on"/Tritan Shehu with revolted tones in the Assembly, his request is revealed: The deadlines have passed!

"Tomorrow will be a new day"/ Protest in front of the Prime Minister's Office, Manjani reacts and gives a strong warning: Today it falls...

What happened at night at the Prime Minister's Office? Berisha releases the video and shows the unprecedented armoring of the prime minister's office at midnight

"From Delina to Nikua, the names of the 7 ministers of Babos who resign surpassing the English", the deputy of the DP comes out with the 'striking' message: The day started today with confusing rumors!

Sali Berisha's non-grata declaration, Rudina Hajdari says bluntly: If there are facts, the justice of...

"A very big test for SPAK", Rudina Hajdari comes out with a strong statement: Rama should be investigated for...