"The Open Balkans is about..."/ Joint press conference, here's what Rama said to the Dutch Prime Minister about Serbia 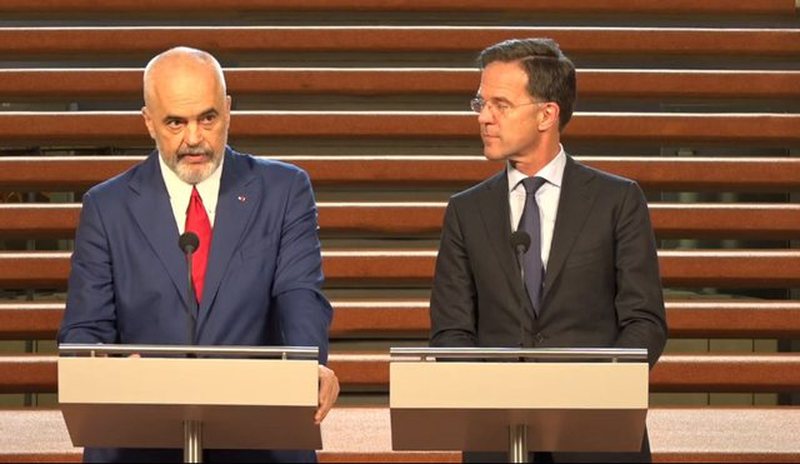 As he stopped at the "Open Balkans", Rama said that he told Rutte the reason why Serbia should be grouped together with the Western Balkans.

The head of the government said that the reason is that the influence of Russia and the war with Ukraine can break the Western Balkans, if the states do not create a structure of freedom within it.

"About the "Open Balkans" I spoke with Mark and I said that the Balkans is the most vulnerable part of the chain that can be affected and is far from being broken as a result of the war in Ukraine and the eastern side, because Russia has a clear influence inside , traditional ties, so I tell them that we must take Serbia with us. Therefore, "Open Balkans" has helped, and it is understood that Serbia needs time regarding the sanctions. "Open Balkan" is about creating within the region a freedom structure like the EU with its four points that made us more mature countries to join the EU when the time comes. underlined Rama.