"Basha put the PD in a serious crisis", Bylykbashi shows the mistakes that led to the successive losses of the Democratic Party 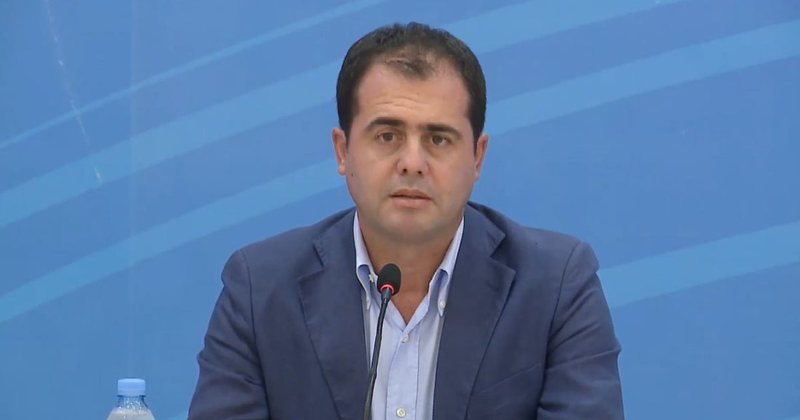 Democratic Party MP, Oerd Bylykbashi spoke today on the show 'This Week' about developments in the DP, from the resignation of Lulzim Basha to the return of Sali Berisha.

During the conversation in the studio, Bylykbashi brought to attention the mistakes that led to the successive losses of the Democratic Party, while he also spoke about his positions on various issues within the opposition by disagreeing with many of Basha's positions.

"The decision was a moment of liberation beyond the DP. It was the culmination of a process that should have happened earlier. If the court had decided earlier we would not have had January 8 because Basha would have left earlier. The Assembly of December 11 was officially recognized and recognized the new statute that removes power from the president and also recognized the dismissal of Basha, then the resignation is folklore, he was dismissed. In any case, Basha has left, whether he will return or not are hypotheses. "Everyone already knows that the man who put him in a serious crisis, the PD has already left, politically he is a figure who has experience", said Bylykbashi.

Referring to the statement of Basha who said that he will work to return hope to the DP, Bylykbashi said that his thesis is without any axis

"He was a good executor of duties, he tried to self-own achievements that were not his, but Sali Berisha's. So that thesis of Lulzim Basha is without axis. It's a rhetoric that got the answer on March 6th. What is being asked today is that Basha in this process says that he is doing, or did they contribute to the unification of the party? No it is not. He should do it, but his contribution is not to do what he has done so far, disruption. Berisha's departure from the Parliamentary Group was unconstitutional. "I had my questions that he would make that decision, but I thought that Basha would prioritize the interest of the PD and a divided party does not win", said the PD deputy.

Question: Are you one of the people who were very close to Mr. Basha, where your paths started to divide?

Bylykbashi: In a political party it is not a question of friendly relations but of common interests. I was sent to negotiations to be killed in battle, but something that happened differently afterwards, but it is his issue and such a thing did not happen to me with Berisha. In 2017, I asked Mr. Berisha to return that Basha did not lead us to victory. Awareness that Basha should leave has been earlier… But I can say that when he brought us on May 16, 2021 the act of calling for new elections for mayor I came out against him, saying that it was not the time… I asked for an analysis and to be held accountable for the big strategic wrong decisions, the umbrella, the loss of 2017, the agreement of 2017, the burning of mandates, these are strategic mistakes that bury a political force… ", Bylykbashi further said.