"Basha loses again", Bujar Nishani cracks the strong statement and warns: He will not overthrow Rama even for ...! 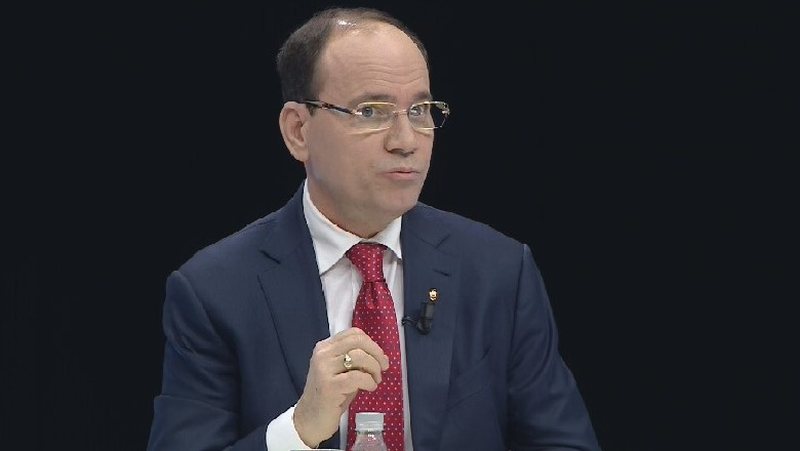 The chairman of the National Council of the Democratic Party, Bujar Nishani, has asked the leader of the Democratic Party, Lulzim Basha, to resign and take responsibility for the loss in the April 25 elections. In an interview for the show "Përballë", Nishani said that Basha's stance is still in charge of the DP, risking leaving the country without a governing alternative.

"The loss must be borne. This is a culture for which we need to cultivate ourselves and then when we are in front of others we will act with the same standard. There was an attitude from Basha who refused to take political responsibility, stating that the elections were lost. The moment Basha came out and confirmed the loss and took no responsibility but underlined the fact that he would continue to maintain the same temp and model. Then it is the duty of everyone in the DP to sound the alarm as we risk being left without a governing alternative. "You can have formal opposition but you have no governing alternative," he said.

According to Nishani, Basha is a "repeated loser" and that he will not be able to defeat Edi Rama in the elections "even in 18 years". He added that Basha should help the DP to launch a new project and that this comes when the mayor takes political responsibility

"We have never had another case where the loser is repeated. He lost in 2015. He lost in the first political election race in 2017. They were told the same things as today that they stole from us. They were guaranteed that these would not happen again. in 2019 did not enter the race to avoid a loss submitted to the table.In the fourth case a political loss with the same arguments and excuses.

The problem is that there must be a project to defeat Edi Rama and not change him. I think that in 8 years Basha failed to fulfill his plans to overthrow Rama. It will not even reach 18 years. Basha must help the PD to start a new project. "This comes when the mayor takes political responsibility", declared Nishani ", he added.