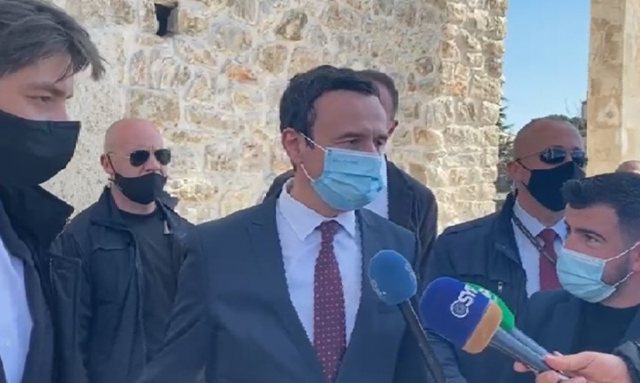 The future Prime Minister of Kosovo, Albin Kurti says that his country's Constitution does not allow unification with Albania.
During a visit to the city of Lezha on the occasion of the 577th anniversary of the Covenant, Kutri said that unification is "the wish of the Albanians" and "the intention of history", but it will take time and work to achieve.

"Unfortunately, the Constitution of Kosovo has a contradiction in Article 1.1 with Article 1.3. Article 1.1 states that Kosovo is an independent, sovereign and democratic state and Article 1.3 prohibits us from joining another state. In this sense, Kosovo's independence does not constitutionally allow the unification with another independent state, such as Albania, but at the same time it is an obstacle to integration of another type such as the European one. In Kosovo, when we do not have a law for referendum and when we can not change the Constitution, it shows that we need to do more work and it will take some time to reach that point, but undoubtedly it is the historical intention and desire of the Albanians. " , said Kurti.