A new war on the horizon is about to erupt, warships surround Japan, here is the movement of Putin and Xi Jinping that is alarming Tokyo

EU did not give Albania the green light, Nesho: The three leaders went to legitimize the "Open Balkans", the conference was a media show 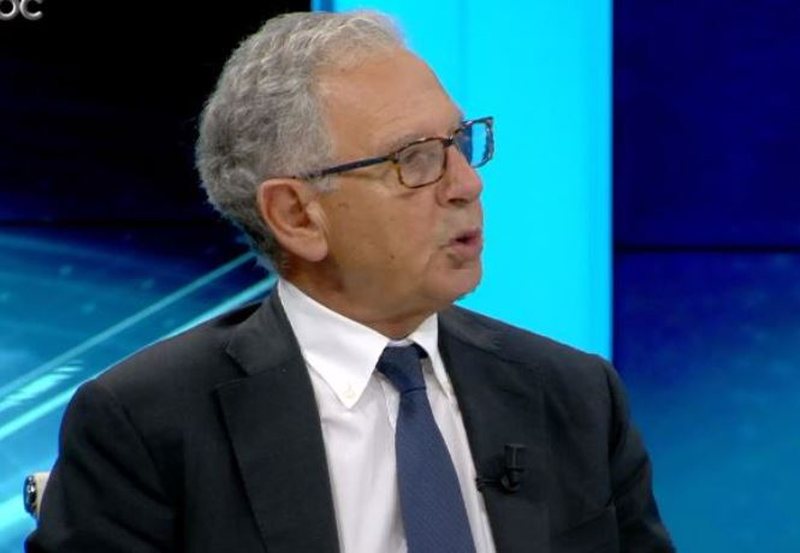 Diplomat Agim Nesho spoke tonight on a TV show about today's conference of Rama, Macedonian Prime Minister and Serbian President Aleksandar Vucic, while the EU did not give the "green light" again.

Agim Nesho has described today's conference as a media show.

Nesho said they went there to legitimize the "Open Balkans" initiative, as a parallel initiative with the EU.

"We were prepared that they would not take the opening of negotiations. It was not a matter of Bulgaria. Macron said the Bulgarians also demanded some guarantees from the EU. I agree with Erisa Zykaj who said that it can be played for the European political community. The countries of the Western Balkans went to legitimize the Open Balkans as a parallel initiative. They accepted Macron's idea without discussing it with everyone.

Here this community is a space for other countries that do not do their homework to find something, another organism and they are called to be close to Europe but not within it. Albanian leaders acknowledged that it has approached from Britain to Turkey and this gives them the opportunity to continue with the Open Balkans.

We have Vucic's statement, which says that I made it clear to the Chancellor of Kosovo that we will never recognize Kosovo. That conference was a media show. Such a negative statement is a precondition that is non-negotiable by Serbs.

We have hybrid modes. "These leaders with the position that Macron has said feel comfortable", declared Nesho.

"We are talking about the Open Balkans and we are proud that we managed to clear the canals", Mentor Kikia 'bites' the Rama government and raises the alarm

"I have resigned 20 times", Briseida Shehaj surprises, reveals whether she received orders from Rama and shows the behind the scenes when she was director of Taxes: The church was the main enemy ...

"No one goes after a dead horse", Idajet Beqiri cracks strong statement for Sali Berisha and has a warning

Arrest of 2 deputy police directors, MP Boçi reacts harshly: Rama is selling them one by one to save his skin

UN releases report on drugs, Albania ranks seventh in world for cannabis cultivation and use

Kreshnik Çollaku warns of the danger that awaits PD on July 7, calls on Democrats to be careful: Here are the 'gifts' we can give to Rama

'Cooling' of relations with Berisha? Monika Kryemadhi reveals her decision

Enkelejd Alibeaj: Either we will correct the Territorial Reform as we claim, or it will remain as it is

Duma comes out in support of Berisha: Everyone on July 7 in the square against the government, is obliged to be in the PD protests

Establishment of the Commission for Strategic Investments, Tabaku: Justification of the absurd majority, we will bring it to the Constitutional

Betrayal was not the real reason for Shakira's separation from Pique, comes the unexpected statement from the singer's former brother-in-law: There was a problem between them ...

There has been talk for some time of a possible betrayal of Gerard Pique. And wh...

Big loss / The black media world! The well-known television presenter dies at the age of 40, family members give the sad news: The most amazing man has left (NAME + PHOTO)

Sad news comes from the media world, where it is announced that she has lost h...