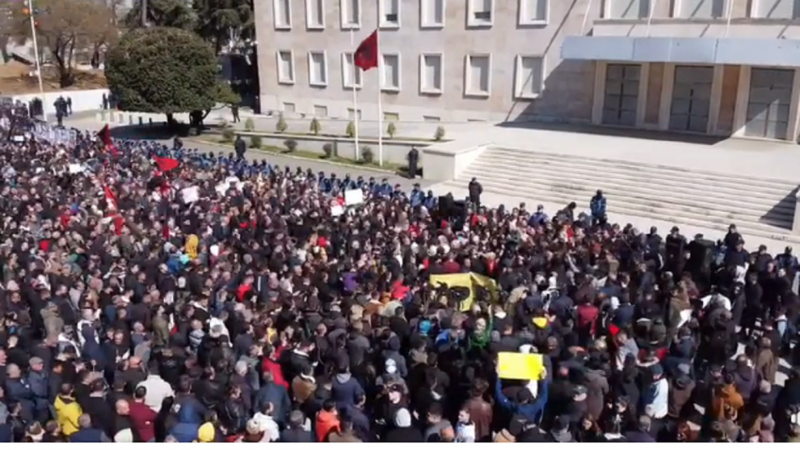 "Foltorja" will hold today, July 7, the first protest. This protest was called by the former Prime Minister Sali Berisha, but which also highlighted the close cooperation with the Socialist Movement for Integration. The opposition protest is expected to be held on the "Dëshmorët e Kombit" boulevard. It is learned that "Foltorja" has requested permission from the Tirana police from 19:00 to 21:00 for the rally in front of the Prime Minister's Office. So it is expected to last two hours. For days, the working groups approved by the blue headquarters have been on the ground and distributed flyers, to invite citizens to join the gathering.

It is learned that the protest will open with the song of Renis Gjoka and Big Basta, which is expected to be the anthem of the democrats' resistance. The former Prime Minister Sali Berisha himself will start the march to join the protest from the PD headquarters, towards Dëshmorët e Kombit Boulevard in Tirana. Representatives from the Civil Society are also expected to speak at the protest, where the lawyer Altin Goxhaj, as chairman of the Front for the Salvation of Albania, will be the first to speak. The protesters, according to the branches, will gather a part in Skënderbej square, a part in Mother Teresa. Berisha himself is expected to be the last to take the floor at the podium, while earlier before him, representatives of all layers of society will go up to take the floor. In the protest, which is the first since Sali Berisha took over the leadership of the DP,