Bledi Çuçi said that an MP of the SMI joined the Socialists, the sudden reaction of the SMI comes 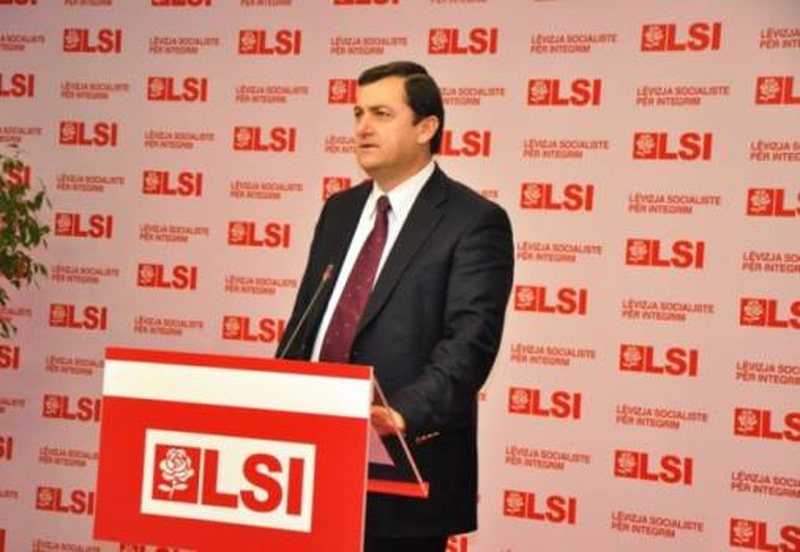 The Minister of Interior, Bledi Çuçi, political leader of the Socialist Party for the Gjirokastra Region, said today that the Socialist MP Adiola Braha also joined the Socialists. Çuçi said that Braha is an MP of the SMI, thus creating a diversion.

Regarding the statements of the Minister of Interior, the former MP Vangjel Tavo reacted, whose mandate in the Assembly after being handed over by the united opposition was taken by Adiola Braha.

But how did you not realize for two years when you came to the office (remember?) That it was yours, Bledi !?

But how did you not understand that it was yours while voting for every law of the "Renaissance", O Bledi !?

But how did you not understand, O Bledi, how much talent he had and how valuable it was for the "Renaissance" when you selected him as the rapporteur of the constitutional changes for the electoral code?

Do not take Bledi what you did to us!

You took from us a great value of international fame!

As for the crumbling, O Bledi, it is the "Renaissance" towards total crumbling on April 25th.

Nothing and no one can stop the "Renaissance" cart already heading downhill.

The race for April 25, the analyst comes out with the surprise statement: SP issues Fatos Nano to mobilize ...

Monika Kryemadhi Minister of Interior after April 25? The chairwoman of the SMI surprises with the answer

Debate in the studio / Erion Krisot reacts harshly to Taulant Ballës: Why are you putting the SMI waste in the lists?

The journalist 'puts her shoulders behind the wall', Monika Kryemadhi was shocked by the statement: It would be better if there were no ambassadors who come and leave the Albanian girls pregnant and then ...

SURPRISE! The second poll from Euronews is revealed: Rama or Basha! Here is who will be the prime minister according to the Albanians

The race for April 25, Ylli Manjani speaks openly: This is why we can not compare Rama with Basha!

Elections are approaching! Nard Ndoka surprises with the statement: I finally leave politics if ...

Removal of sensational names from the blue headquarters, Topalli shows why Lulzim Basha expelled him from the DP