Klodiana Lala reveals who are the people involved in the murder of Pjerun Xhuvani: Police officers had their hands tied!

Blocking negotiations with Albania, Pollo: The language used by Rama in Brussels was in the service of ... 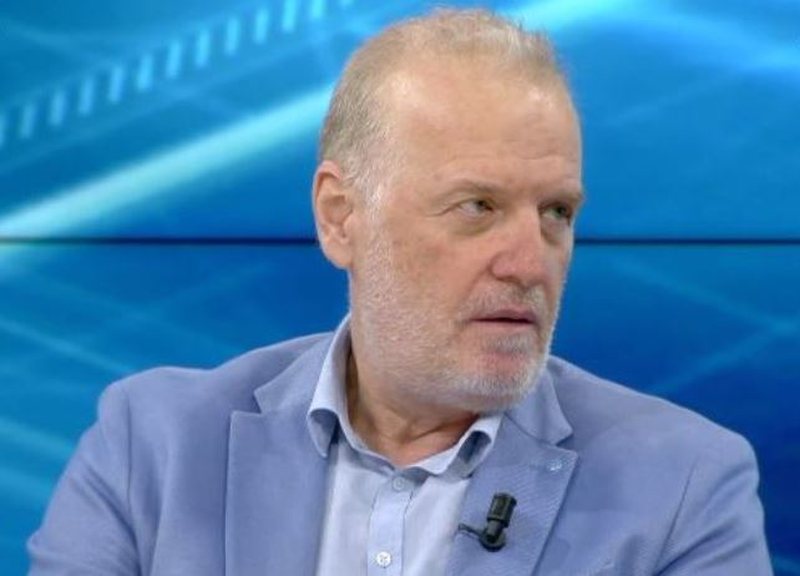 Former Democratic Party MP, Genc Pollo commented tonight on the non-opening of negotiations for Albania and Northern Macedonia, which he described as bad news.

Pollo said this was something that was unfortunately expected given the problems inside Bulgaria.

Meanwhile, regarding the language used by Rama at the conference after the summit, Pollo stressed that it served Vucic more than Albania.

Excerpts from the discussion:

Xhafo: We got a "NO" what will happen after that, do we have another alternative? Was the EU held hostage by Bulgaria?

Pollo: It was predictable that Bulgaria with that political situation and it was difficult to give a "Yes". From the information we had that the Bulgarian situation would not allow the opening of negotiations, and this is difficult for the Albanian public to understand about the problems between Bulgaria and Macedonia. The bilateralization of EU issues does not happen for the first time with Sofia, it happened with Greece for the name block with Macedonia. It has been an artificial obstacle not only for Albania. What has happened in the last two hours is that the Bulgarian Parliament's Foreign Affairs Committee has approved Macron's proposal. But once the decision is made in the Bulgarian Parliament, it will be taken to another level. More than the opening of negotiations the debate would be what this will bring. The second is to make news easily, to make critical discussions or metaphors, what was raised as a reference the gesture of the 3 heads of government and state, Vucic, Rama and Kovacevski said and we can not go that we will stay the same words. A very reprehensible attitude, as it is detrimental to the prospect of Integration. It is true that Europe is at war, but Vucic has coherently defended Russia, and he showed this with sanctions. He is under pressure from the EU and the US to line up with all the countries on the continent that are at war with an aggression that is changing the world order. Serbia has not been lined up before with sanctions against Russia, but it has been tolerated that it has been a situation of peace, in time of war it is no longer tolerated, but how to make it not be in focus, but we mention jokes from books sometimes from the will. This is a service rendered to Vuçiç with these deviations. Rama said in an interview that first Serbia has the right not to join the sanctions because it has a special relationship.

Arrest of 2 deputy police directors, MP Boçi reacts harshly: Rama is selling them one by one to save his skin

Enkelejd Alibeaj: Either we will correct the Territorial Reform as we claim, or it will remain as it is

Duma comes out in support of Berisha: Everyone on July 7 in the square against the government, is obliged to be in the PD protests

Establishment of the Commission for Strategic Investments, Tabaku: Justification of the absurd majority, we will bring it to the Constitutional

"If you are going crazy today, just watch ...", confesses Grida Duma: I will not let my son see me on TV

"Again you got a face m * t", the former democrat "explodes" towards Basha: His life went by sabotaging the protests

Ceno Klosi with villa in London? Briseida Shehaj talks about the director of Taxes: I was also a director, but also a house I had in Vlora…

Sali Berisha gave him the important post, Klevis Balliu talks about the "storm" of changes: "Movements" of structures and protests

Democrat MP warns Democratic Party: You have to be careful in the July 7 protest

"Inflation has increased due to prices" / Berisha: Rama can no longer mock Albanians! The protests will not stop until…