He punched Berisha in the middle of the crowd, the last footage comes out, the protesters catch the perpetrator and... (VIDEO) 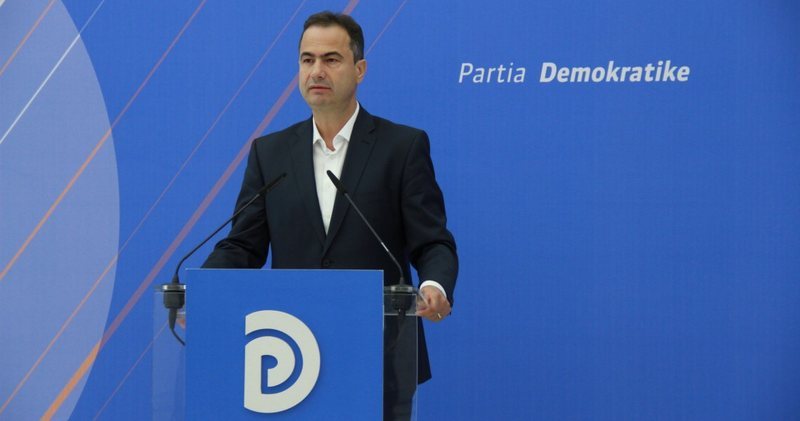 The vice-president of the Democratic Party, Luciano Boçi, accuses SPAK of not acting after the DP's denunciation of the mayor of Vaut de Deja, Mark Babani. In a statement to the media, Boçi said that the Democratic Party branch of Vau i Dejës has submitted to SPAK this abuse of taxpayers' money since July 15, 2021. "It has been more than a year and no movement from the special prosecutors unit , which is funded by taxpayers' money and set up to protect taxpayers. We also have a Statement of the Anticorruption Directorate in the Ministry of Justice, which has been traced to the abuses of the socialist mayor of Vaut i Deja, Mark Babani. The municipality has opened a tender with the object of road paving, systemization and lighting in the Bushat Center, in the "Çelepije" neighborhood. The winner of the tender and the Municipality did not systematize and pave the road for which the competition was held, but another road in the "Muçejan" neighborhood. The violation is related to the fact that an untendered object cannot be liquidated. According to the Public Procurement Law, every procedure must be subject to tendering to enable fair competition", he emphasized. Boçi adds that another violation, which Anticorruption notices, is that the Evaluation Commission in the Municipality has announced the winning firm contrary to the requirements of the case. Two of them are not having the ISO certificate and declaration of fictitious, dishonest staff. Also, in no case has the Municipality verified the means declared by the construction firm.

He punched Berisha in the middle of the crowd, the last footage comes out, the protesters catch the perpetrator and... (VIDEO)