The boycott of the Socialist Party in the Commission of Inquiry for "April 25", Alibeaj with harsh tones: If they are absent up to three times, he will ask ... 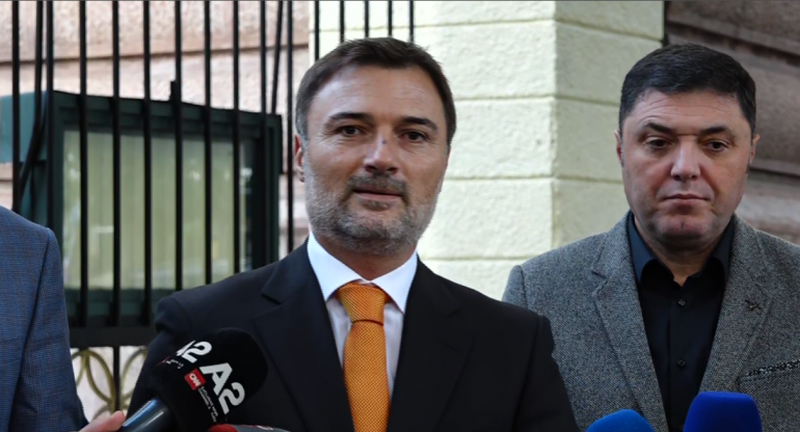 The chairman of the Commission of Inquiry of April 25, Enkelejd Alibeaj has reacted regarding the non-holding of the meeting of this commission, while he has confirmed that it is a boycott by the SP.

Alibeaj said that although the meeting was scheduled today with the consent of the opposition and the SP, the latter did not appear in the hall. This, according to him, with the reasoning that today was the green week of the Assembly and they had decided to take a break.

“Deputy. I informed the chairman of the Commission of Inquiry, Tonin Gogu, that today's meeting would be on October 20, at 15:00, a date that was requested by them and was postponed. Opposition members showed up at the bureau but were surprised by the lack of a majority.

There was no reason, since we are in the green week of the assembly take a break, we are obliged to convene during a maximum period of 3 months. Today is the 6th day and it seems their lack to make excuses this is pure strategy to hinder the activity of the MZ investigation we are in the majority opposition position. They are accused by the internationals, they have been documented as thieves of the electoral process, now they are doing everything to delay the activity with the investigative commission, the right of the public to find out what happened in the massacre. I did not expect it to happen in the second meeting, before the statements of reaching out, boycott by the majority.

This is the majority that has stolen the mandates are doing everything to prevent the truth from coming out as it is. We will follow the procedural steps allowed by the constitution. We will notify the speaker of the assembly, I will notify the conference of speakers, Absences without reason 3 times are a legal reason to request their replacement. enforce the law and regulations. To show who the election thieves are, they were unmasked today.

I inform you that the next meeting on Friday, October 22 at 10:00 working days that we will conduct to shed light and transparency on what happened, "said Enkelejd Alibeaj.