Are strong earthquakes in Greece a danger for Albania? The seismologist of IGJEUM gives the IMPORTANT notice that everyone should read!

Borrell comes out with a strong message: Western Balkan countries do their homework. We will start accession negotiations with Albania and the North 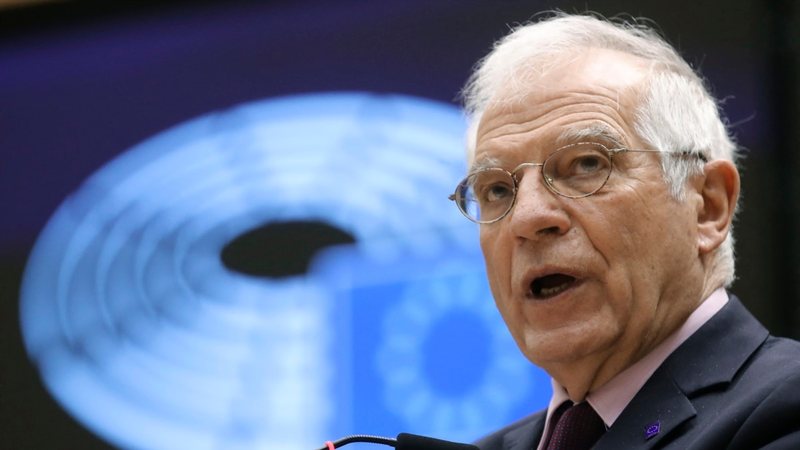 "I must reject the idea that we [the European Union] claim to love the Western Balkans within our framework," EU High Representative for Foreign Affairs and Security Policy Josep Borrell said on Tuesday.

Speaking at an online conference hosted by the Atlantic Council, Borrell said the European perspective remained the engine of reform in the region and that "it is not fair to say that the EU only speaks and does not act" when it comes to enlargement. with the Western Balkans.

"We are investing a lot of money to help the countries of the Western Balkans implement reforms and improve their economies and the political and judicial system, in order to move closer to the EU system," Borrell said.

According to him, the integration of the Western Balkans into the EU is a step-by-step process.

"We will start accession negotiations with Northern Macedonia and Albania. "We have resumed negotiations between Serbia and Kosovo with the special envoy [Miroslav Lajcak] and I think we have put that dialogue on the road," Borrell said.

Kosovo and Serbia, mediated by the European Union, have been negotiating for ten years now to normalize relations. Negotiations should end with reaching a comprehensive binding agreement.

Lajcak said earlier that a new round of talks will be organized after the February 14th elections in Kosovo.

Borrell cited the independent judiciary and the fight against corruption as priorities in reforms in the Western Balkans.

"The countries of the Western Balkans must do their homework, carry out reforms and meet the standards in order to be accepted as members," he said.

The support of the EU, significantly greater than that of China, Russia and Turkey

According to him, EU support for the Western Balkans is significantly greater than the support the region receives from China, Russia and Turkey.

"Our economic investment plan [for the Western Balkans] amounts to 9 billion euros to address the health and economic aspects," Borrell said, adding that the EU is trying to help with coronavirus vaccines, but is also facing challenges. .

"We acknowledge that we are facing difficulties because we have a shortage of vaccines [in the EU], while in some countries in the region, such as Serbia, a major diplomatic battle is taking place," Borrell said.

He also stressed that the Western Balkans is among the priorities of co-operation between the EU and the United States.

"We have a lot of positive signs. "The new administration [of US President Joe] Biden works with allies, recognizes the importance of the EU and considers it a friend, not just a partner," said EU chief diplomat Josep Borrell.

Etilda Gjonaj speaks with full conviction: This team will lead the SP to win a third term

Transactions with encrypted messages, the scheme of how the COVID-19 vaccine is being sold on the black market is revealed, here is how many dollars only one dose costs

Should the candidate or the party be elected? Ylli Manjani appeals to voters: If you did this, you were wasting your vote!

Genc Pollo shows what is expected to happen after April 25 in Albania: They will start to be removed quickly ...

Grida Duma in the campaign for April 25, the citizen "forces" her to stay for lunch at her house: You will not leave without proof…

Bushati attacks Rama: The government has discriminated against Shkodra, it has given funds as much as it has received ...

Najada Çomo will be the candidate of PS / Ylli Manjani comes out with the unexpected request: I am sincerely happy! I pray that all those doctors take off their T-shirts and go ...