"The world of crime in relation to the SMI", the former MP reveals Petro Koçi's secret plan: He is seeking power for ... 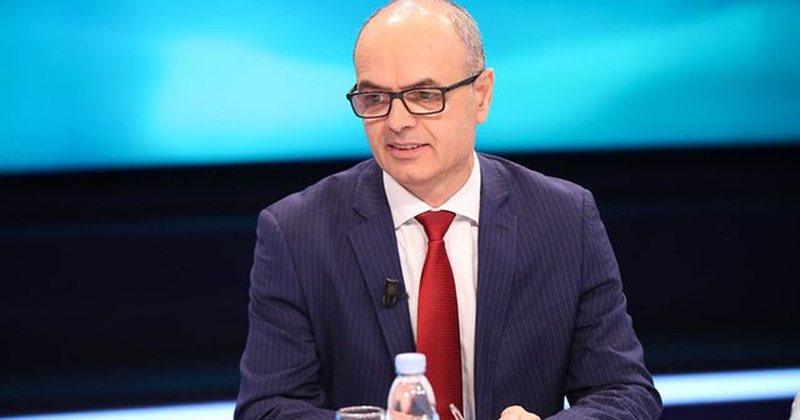 Former Democratic MP of Fier Luan Baçi has described the accusations by MP Petro Koçi as a media show.

Baçi accused Koçi of being involved in meeting his own needs.

Excerpts from the interview for MCN TV

Mr. Baçi, you must have welcomed the statement of Mr. Koçi, because in a way he is in line with the accusations that the opposition has made about the connections of the majority with crime ?!

Baçi: Koci has been here in Fier and present in all developments and now they remembered to make accusations. Koci was part of the government and before the elections he was in Fier as a candidate and was a great influence on the institutions in Fier. Strange is Koci's statement while he is also involved. I believe that Koci has complete information due to his position and in the statement I do not believe that he said anything other than a general statement. He does not mention names because he accuses everyone.

Did you expect Mr. Koçi to speak with concrete names in SPAK?

Baçi: He should have done it, but it is difficult because there are all the leaders in Fier, the mayor, the administration and everyone. He should not confuse the criminal world with businesses competing for tenders. For me, the world of crime is within the institutions, the whole administration is corrupt. The sectors that operate where there are tenders are the ones that are imposed on businesses and forced they to give bribes.

Mr. Koçi hinted at the involvement of local officials and money laundering crime in the oil industry. As a branch of the Democratic Party in Fier, what data do you have, Mr. Baçi?

Baçi: We have always made denunciations in these years of opposition. The powerful Albpetrol company has been denounced several times for serious violations. There is no place here for us as politicians to make denunciations with concrete facts because the facts are in the offices of the SP leaders. We have information from ordinary people who make denunciations.

What about the mayor?

Baçi: It is the same situation, there is nothing in the bag, they are all the same. this is the activity that starts from the prime minister. And what he is doing to create distance is a slanderous game because it is collaboration. is a media show. Petro needs to benefit because not being in power does not feel comfortable in achieving its goals and has started a war within the species, but it is not a war for the citizens. Why Petro did not come out to speak before the election, but went from house to house. Just before the elections, Albpetrol employed over 700 employees, dividing a salary into two employees just to get the vote. Where was Petro Koçi? or he needed the votes to get them just as they got them undeservedly. Koci is doing a show.

The accusations were also directed by the SMI, which is your ally?

Baçi: I have no information. How is it possible for the SMI without power to have this kind of influence. It is the administration that commits the crime. The SMI does not know how it could affect the election result.