Yuri Kim gives the ULTIMATUM for Albanian politics: This should not happen in the elections of April 25, prevent ... (Full message) 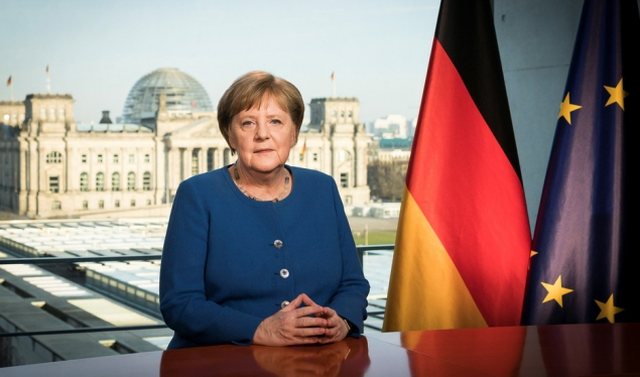 Chancellor Merkel has warned of a shift in the balance of economic power in the world, due to the pandemic. It required new steps in technology.

German Chancellor Angela Merkel said we should ask ourselves where Europe will end up after the crisis. At the German government's digital summit, the chancellor said China and South Korea are currently experiencing economic growth again. "People there all wear masks and there are no non-conformist demonstrations," Merkel said.

Germany cannot and does not want to use the same tools to fight the virus as China with its control system. However, an effort must be made to be able to keep up with technology.

The slow pace at digital change is a big problem, she said. The Chancellor explained that urgency is still not sufficiently recognized in many areas. This leads to the fact that at some point Germany is simply the last to walk in the queue.

In the future, data will be both an economic product and a value to society. Merkel warned against storing and sharing such sensitive data so that we do not become dependent on large corporations. Instead, she said the approach should be that "Europe can do everything, including the successful development and operation of its data structure."

The Federal Republic of Germany must succeed in guaranteeing its data sovereignty, and this includes its data infrastructure, the summit said.

On this occasion, the Gaia-X project was presented there. Gaia-X is a network data infrastructure, ie. a so-called data cloud, at a European level. The representative of the Federal Ministry of Economy for the Digital Economy, Thomas Jarzombek, said that the priority of this project is its interaction. Gaia-X is conceived as an alternative to American and Chinese providers./DW/

The balance of the earthquake that hit this country is deteriorating, another hospital collapsed, 37 people lost their lives, 600 were injured and many others are under the rubble.