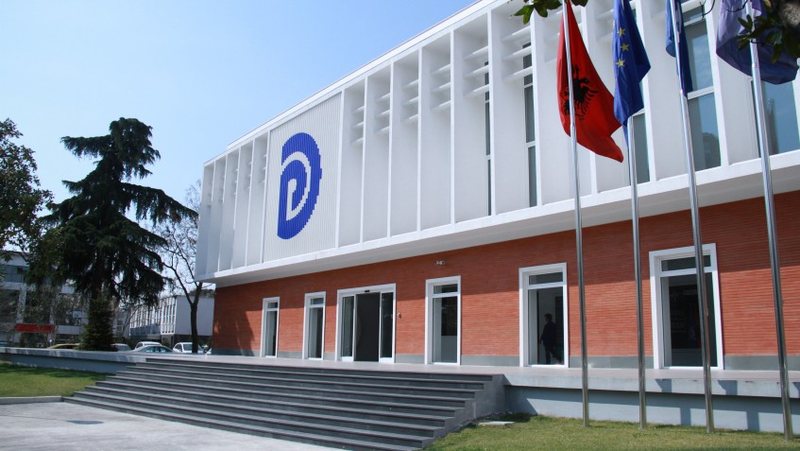 The Democratic Party has reacted after the report published by the US State Department on the investment climate in Albania. In a statement to the media, DP vice president Luciano Boci said that this report has confirmed all the denunciations made earlier by the blue headquarters. Boçi adds that foreign investors do not find Albania suitable for doing business as they are hindered by endemic corruption and unfair competition.

Statement by the President of the DP Luciano Boçi:

The US State Department's report on the investment climate is another certificate of shame for Edi Rama and his government. The findings expressed there could well be taken as the text for a manual on corruption. The Democratic Party notes, with pain and reconfirmation, that what is said in the American report we have been trumpeting for so long from this pulpit. With pain because we cannot be happy when we hear bad things about our country, in Albanian or English, whatever. With reconfirmation because, in an environment where the government has captured all the powers, the voice of reason and truth, which we try to articulate from this pulpit and in other forms, is rarely heard and often ignored. We will continue our course of articulation to save Albania from the danger posed by this government. Hoping that the text of the American and European reports will meet, as soon as possible, with the language of the relevant actors here in Tirana. What is said in this State Department report is briefly listed below:

- Foreign investors perceive Albania as a difficult place to do business.

- The continued use of PPP contracts has reduced opportunities for competition, including foreign investors, in infrastructure and other sectors.

"Weak cost-benefit analyzes and the lack of technical expertise in the drafting and monitoring of PPP contracts are constant concerns".

-Property rights continue to be a challenge in Albania, because a clear title is difficult to obtain.

A day ago in a report, the US Department of State ranked Albania as one of the countries that has very good legislation for business, but for foreign investors it is not what it should be. The report highlights the problem with corruption, especially in the field of justice, the issue of ownership and unequal competition. It mentions the informal economy as well as frequent changes in fiscal legislation.

Meta warns, shows the scenario of what will happen in the fall: Fortunately this is an unstoppable awakening! He also talks about cooperation with PD

"Rama and his co-thieves want to hide the money in ...", Sali Berisha breaks the serious accusations and raises the alarm: He was caught in the act!

Durrës Port Project/"Very heavy", Ilir Meta comes out with the urgent call and shows the behind-the-scenes: This will have unpredictable economic and national security consequences

Dick Marty's report, President Bajram Begaj comes out with a strong statement: It does not stain the blood of Albanians...

"Albania has been our voice where we are not represented"/ Vjosa Osmani in the conference with Bajram Begaj comes out with a strong message: It is time to take the right steps for...

The debate breaks out, Odhise Porodini responds to Alimadhi's attacks on the partisans and warns of the new initiative that will lead to the Parliament: You will be excluded from politics, you are anti-Albanian

Lulzim Basha's grouping goes down to the base, a major reorganization is expected at the beginning of September, the two DP movements that will take Meta and Berisha out of the game

The "Integration" table clashes sharply with the majority and the opposition, Tabaku asks the government not to adopt laws that conflict with the EU