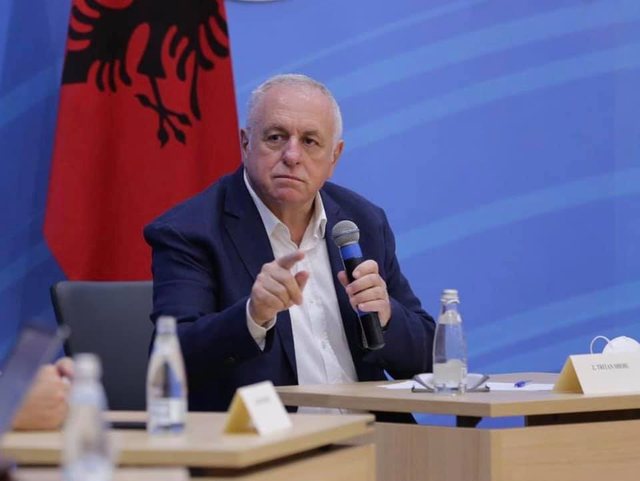 Former PD MP Tritan Shehu through a post on Facebook says that Rama and his "specialists" deny China itself for the Chinese vaccine against Covid.

Shehu points out that the General Director of Disease Control in China, Gao Fu, states that Chinese vaccines have a low level of efficacy protection.

Ramen and his "specialists" deny the Chinese Covid vaccine to China itself through its Director-General for Disease Control, Gao Fu.

He states that Chinese vaccines have a very low level of protection and effectiveness, about 50%, below the allowed figures, far from the standards of the WHO.

Let's wait and see for a few days what China will declare for the unwanted effects of those vaccines.
Meanwhile, the question and concern becomes even deeper and unclear, raising suspicions about these uncertified and "smuggled" vaccines introduced in Albania:

- Do Chinese vaccines coming to Albania through Turkey have even more negative characteristics?

—Who guarantees for these vaccines, the more so not imported directly from that manufacturer completely outside the standards?

Someone must answer and take responsibility that Albanians are not "kavie".

While the Prosecution should act rather than for that Committee…. 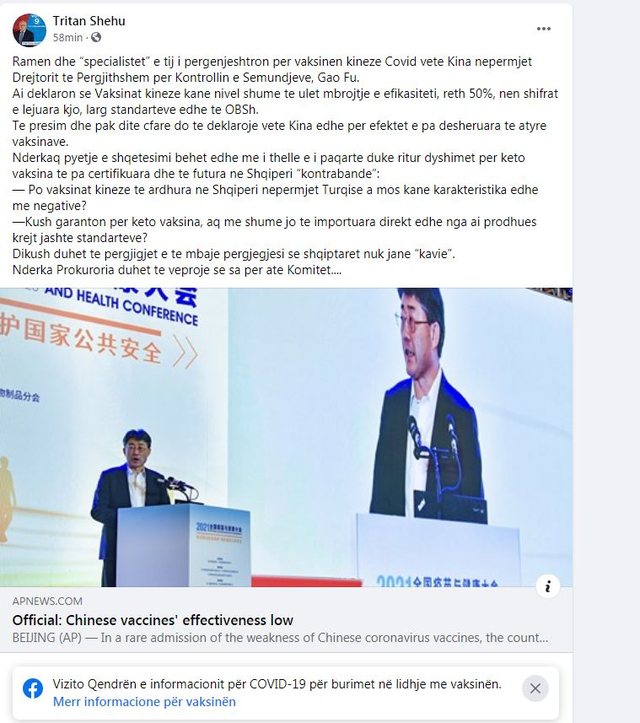