The Socialist MP congratulated November 28 with the photo of dictator Enver Hoxha, Balla reacts: I received an explanation from him, after the verification is over I will… 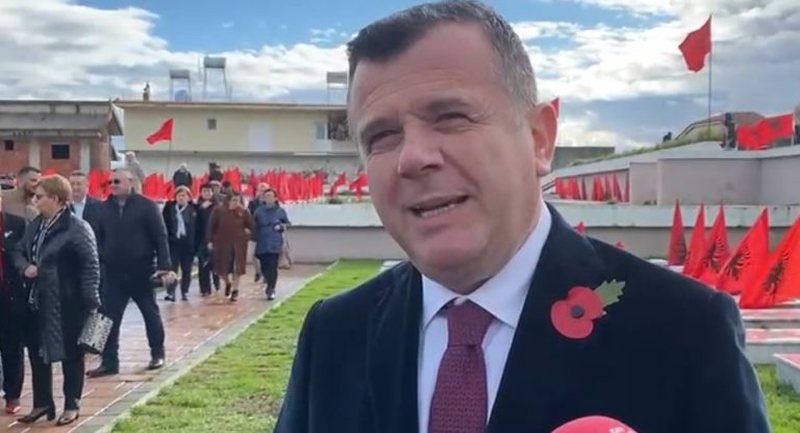 A day ago, in the "Whatsapp" group of the Security Commission, the SP MP, Bujar Çela congratulated the 28th anniversary with a photo where, in addition to the Albanian flag, the figure of the former dictator Enver Hoxha was stamped. This wish has received the reaction of the opposition deputies, who have described this step as insulting and humiliating.

The chairman of the SP parliamentary group reacted immediately to this incident. After the honors he paid to the martyrs of the National Liberation War in the cemetery of Fier, he said that he has received an explanation from MP Çela, and until all the necessary verifications are made, it will be decided whether a disciplinary measure will be taken against him.

"I have received an explanation from the deputy in question, which is about the use of his mobile phone by other people. This will be part of a verification in terms of behavior and ethics group within the parliamentary group and any punitive measures will be taken as soon as there are verifications. I would ask all other colleagues to report such cases and naturally the SP parliamentary group has all the necessary instruments to take any kind of step or disciplinary measure ", said Balla.