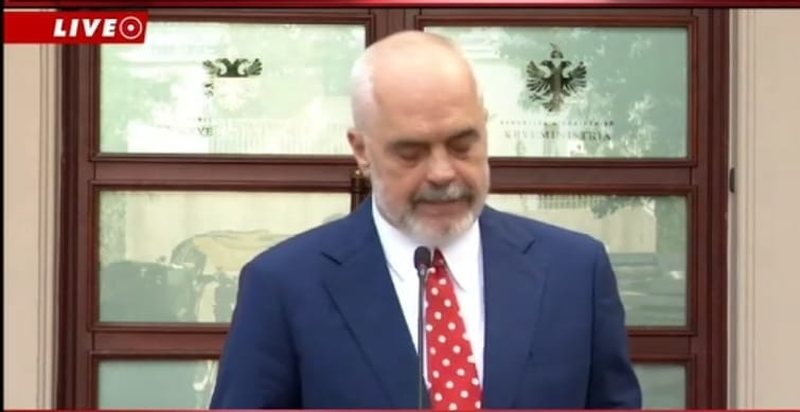 After the government meeting, Prime Minister Edi Rama spoke about the energy crisis in the country. Rama said that they have done their best not to increase the price of energy for citizens and small businesses.

He also called on the citizens to save, because the winter will be a big challenge.

Rama : The same thing will happen with pensions, which are, as we said, re-indexed, we have an increase of 9.5% compared to a year ago, this will materialize in the next pensions, the same with all families with economic aid, with a 10% increase where female heads of households have doubling. Likewise, for all seniors over 65 who are in the category of economic assistance, the amount will be doubled.

Also indexing for all persons with disabilities. I believe this is all a complete package at this stage in response to protect the people as much as possible from the inflation of the war, the inflation was not brought by the government and cannot be removed.

What the government can and will do until the end, as in the term and pandemic, two serious crises, we will do in this great crisis, which is common, universal, even more common than the first two, that it affects everyone without exception. We will continue to work diligently so that at every step the government is close to the people who need support.

It is very important, at the same time, we will do our best to keep the price of energy for families and small businesses intact.

We neither want the price to be unaffected nor to have a restriction, winter is a big challenge, staying until the end with persistence in order not to affect the price of energy.

We will see the dynamics of savings and I want to appeal to citizens to enter the mindset of this situation. The biggest question is whether there will be energy, not for Albania but for the whole world.