They will be candidates for MPs on April 25, these are the first 10 finalists selected through the platform "MP we want" in the Socialist Party (EMRAT) 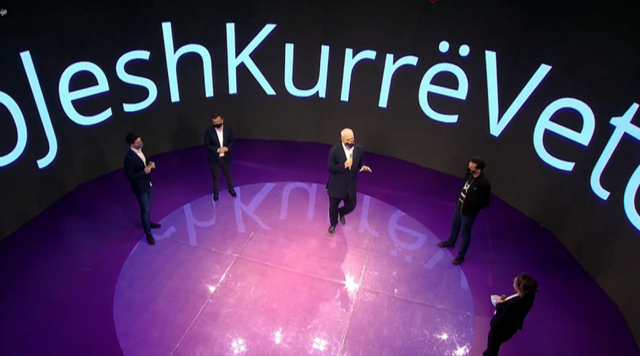 In the framework of the "MP we want" process, the Prime Minister and Chairman of the Socialist Party, Edi Rama, the General Secretary of this political force, Taulant Balla and the political leader of the Tirana Region for the April 25 elections, Erion Veliaj held a meeting with some finalists who are expected to be candidates for MPs to represent the Socialist Party in the next Parliament.

Another finalist, Kabir Fishta from the city of Shkodra, a graduate of Switzerland, said that his priority would be to ask the government to pay even more attention to his hometown.

"I completed my studies in Switzerland. "One of my main priorities is the request to the government to increase the attention to the city of Shkodra because it has an extraordinary potential", said Fishta.

Albana Hana from the city of Elbasan, another finalist, who studied Social Sciences and Law at the University of Tirana, PhD in law at the University of Hamburg. said in her speech that: I want to join the team of the Socialist Party because I believe that this political force has the right will to move the country forward.

Alfred Muharremi from the city of Tirana, who has completed his studies in Banking Management, said: "I come from the village of SOS, my political commitment is to give my contribution through social policies."

Erjola Hoxha from the city of Patos, who has completed her studies in Finance-Accounting, International Relations and Public Law at the University of Tirana, said: I am hopeful for the future, so I chose the Socialist Party.

Bardhyl Kollçaku, former Chief of Staff of the Armed Forces, from Berat said: "I come to the Socialist Party to give a voice to every citizen of Berat to materialize various projects."

Shpresa Marnoj from Kurbin studied at the Faculty of Economics in Tirana said: "I want to give my personal contribution to politics through the Socialist Party."

Greta Duraku from the city of Kukës is another selected through the platform "MP we want" said that: "my main goal is to give priority to the tourism sector in Kukës thanks to its natural resources and beauties."

Jona Liqejza from the city of Shkodra, graduated in Vienna for Economics, said that: “engaging in politics is a step I take to give a voice to my citizens and give solutions to their problems. I believe that I am in a political force like the Socialist Party that has the right vision to realize it. "

Keida Ferra from the city of Durrës has completed higher studies at the University of Natural Sciences, branch Mathematics said that: The Socialist Party through the platform 'MP we want' gave me the opportunity to be part of politics through which I want to contribute as much as possible for my city.

"I envy your pants", Prime Minister Rama addresses the young man at the vaccination center and bluntly says: I also wore them, but ... (PHOTO)

"I have not seen a man who prays to a man 12 times in 24 hours" / Monika Kryemadhi comments on Rama's invitation to Basha, here is how he tries to hide the fear of the SMI merging

"I am grateful to all the patronage players", Prime Minister Rama comes out with the cut message for the noise created for personal data of the citizens: When he enters the playing field ...